Hamilton admits to ‘a bit of a tacky Q3’

Hamilton admits to ‘a bit of a tacky Q3’

Lewis Hamilton was keen to point out how rarely he struggles in Q3 after being comprehensively outqualified by Valtteri Bottas at the Spanish Grand Prix.

Bottas delivered a stunning first lap in the final part of qualifying to secure pole position by over 0.6s, with both Hamilton and Sebastian Vettel unable to improve on their final attempts. Hamilton holds the record for the most pole positions in Formula 1 but has now seen Bottas beat him on three consecutive occasions, and says his own performance wasn’t good enough in Barcelona.

“It was OK; it could have been better for sure,” Hamilton said. “Valtteri did a fantastic job, particularly once he got to Q3. It was a bit of a tacky Q3 for me, which is kind of rare for me, but it happens.

“They just weren’t very good laps. Simple as that, and Valtteri was just quicker today and rightly deserved the pole.

A costly wobble for Lewis during Q3#SpanishGP 🇪🇸 #F1 pic.twitter.com/jRKOqLpqbB

“Otherwise, I’m just really happy and proud of the team for the upgrades we were able to bring this weekend to eke the gap to the Ferraris. It is an amazing track to drive, especially as we come from Barcelona testing — it’s transformed so much since then, so really proud of everyone.”

Asked about his current run compared to Bottas, Hamilton says he has to look at the his overall approach to the weekend rather than just the final section of qualifying.

Hamilton did not use the upgrades Mercedes has brought to Spain as an excuse for the significant gap to Bottas, when both drivers were asked if the new parts had potentially suited one more than the other. 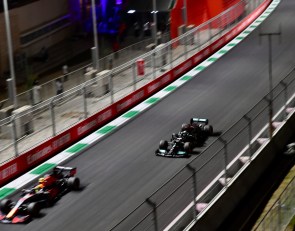 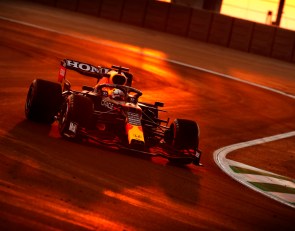 Two years ago Chaz Mostert scored his first pole at Mount Panorama. His second was much, much better. In 2019 Mostert started the Bathurst (…)