Trans Am provides a unique testing ground for Pirelli

Trans Am provides a unique testing ground for Pirelli

For Pirelli, partnering with the Trans Am Series wasn’t just a matter of making a deal to supply tires or writing a check. The Italian tire company had to come up with a whole new tire for the powerful racers.

“We’ve been with Trans Am for three years, since 2017, and we’re very happy with the relationship,” says Stefano Sbettega, head of Pirelli Motorsport U.S. “This is the only championship in North America for which we have developed a specific product. The tires are developed specifically for Trans Am and are not a carryover from other championships that we run. I think that really says a lot about the commitment we have towards this series.

“We hope that people associate Pirelli with motorsports, since that’s been part of our history for over 110 years. We are definitely committed to motorsports on a much broader level, so having the opportunity to partner with such an iconic brand in American motorsports, it’s definitely important, because of the level of visibility and the association it gives us to the general public in the U.S.”

American motorsports fans generally associate Pirelli with Formula 1. They also produce tires for several motorcycle and rally championships, and have a lot of experience with GT cars, supplying tires for all of SRO’s championships worldwide and others. But the Trans Am competitors are used to bias-ply tires, not the radials used in most other championships. The chassis are built and tuned for them, and all the data the teams have is for bias plies. Pirelli had to build a style of tire it hadn’t built in half a century.

Explains Orazio Mastracchio, North American motorsports manager for Pirelli: “The first time I brought the project to our R&D, they kind of said, ‘What? We have to go back and build bias-ply tires?’ We’ve been out of bias ply since probably the ’60s. It was a challenge, because we wanted to keep the same performance as the cars had before; the drivers are used to bias plies, so we did a lot of development work and testing. The tire for TA2 is actually a hybrid between a radial and a bias ply. It’s modern technology, modern materials, and you can see the racing is very, very close. It was a big adventure for us, because we kind of had to go back, then come back forward, and mix two technologies together.”

Pirelli partners with a variety of OEM manufacturers to produce tires for specific makes, including McLaren, Lamborghini, Porsche, Ferrari and many others. It may seem making tires for Trans Am has nothing to do with that mission, which Pirelli considers extremely important, but everything the company does goes back to the R&D department to expand the database of information. That process is helped by the fact that every race tire Pirelli produces has its own barcode — they can determine when and where a tire was made, which car it went on, and whether that tire was used in a practice session or race.

“As part of the broader scope of the way we see motorsports, this is ultimately our real laboratory, our real test for everything new we can come up with, that we can then transfer to the street-legal technologies,” says Sbettega. “In terms of technology, performance, advancement, different levels of compounds … it really goes hand-in-hand with the strong relation that we try to have with the most important car manufacturers in the world, where we work directly with them whenever they are getting ready to launch a new model.

“We utilize motorsports as a laboratory on the ground to then apply what we learn from the motorsport experience to the street-legal tires. The same is true for Trans Am. Being such a specific, unique championship, bonded to the American market, it’s definitely a platform from which we will learn as well.”

Pirelli will have its next test at a track that is new to the current generation of the Trans Am Series — WeatherTech Raceway Laguna Seca — this weekend. The track is tough on tires, so it will be a good learning experience for Pirelli, and a challenge for the Trans Am teams and drivers. 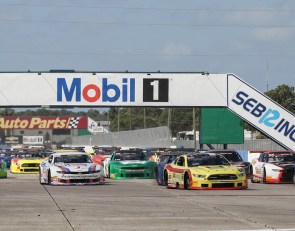 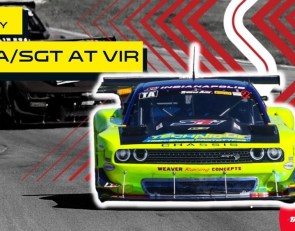 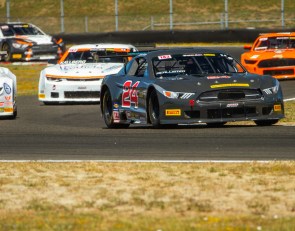