Jay Howard has taken his name out of the running for a seat in the Indy 500. After competing for Arrow Schmidt Peterson Motorsports from 2017-2018 as its third Indy 500 entry, the Briton hopes to return next year.

“Three or four months ago, I would have said being back with the team was a go, but I had some things sponsor-wise that happened that made that hard,” Howard told RACER. “I found some money here or there, but it wasn’t coming along quickly so I eventually told Sam [Schmidt] to look elsewhere.”

With a burgeoning junior open-wheel team to manage, Jay Howard Motorsports will be at Indianapolis to contest the USF2000 rounds during the Indianapolis Grand Prix, and that’s all the 2006 Indy Pro Series champion has planned for the Brickyard during the month of May.

“As a one-off driver, you do your best to get in the best car, and since I’ve had a great relationship with Sam for a long time, I’d step in, it would be flawless and silky smooth,” he said. “And if it’s not with Sam or one of the better teams, I’m too old to bring my helmet and gear to the track and hope something happens. I’ve gone to Indy the last couple of years knowing it could be good. Anything less than that, it’s a waste of my time.

“I’ve got a really good thing going with my own team, and as I get older and wiser, I still want to be at the Speedway racing in a good program, but if I have to miss a year while waiting for something good, I’ll do it. I’m not giving up, and hopefully better options are there for me next year.” 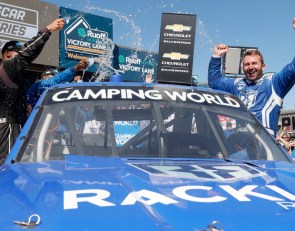