The Pennzoil 400 was not the best race NASCAR has ever seen. It certainly wasn’t the best first showing for the new rules package after the months of hype and expectations laid out by drivers and NASCAR officials. But directionally, the Vegas 400-miler was better than what it had been.

Sunday was competitive, even without NASCAR’s statistics about green flag passes for the lead and overall green flag passes. Joey Logano, Brad Keselowski, and Kevin Harvick put on an entertaining show at the front, and seeing teammates, Logano and Keselowski, not give an inch fighting for the lead is always good television. And whether you want to admit it or not, Kyle Busch proved that passing is not entirely impossible.

So O’Donnell, the chief racing development officer, said all the right things afterward about how there is still work to do. Hopefully, that means a good amount of attention will be on the ugly issue of dirty air, which has always been a problem in racing but drivers are making it well known has become magnified with this package.

Those hoping this package would have drivers nose to tail, lap after lap, were most likely disappointed. The field still gets strung out, and there is nothing wrong with that as long as there is still some competition throughout. Viewers are looking to be entertained, and competition does that, whether it’s drivers being able to battle for position, making contact, or watching the fight to find the right lane and the right run to move through the field.

For Las Vegas, NASCAR seemed to be headed in the right direction. Now we move to judging one race at a time when it comes to Fontana and Texas and Kansas and Charlotte and …

Until then, here are four more thoughts from the Pennzoil 400.

Let’s go back to how the weekend started with qualifying. How entertaining was that? And by entertaining, I mean watching a crapshoot determine the starting lineup, drivers racing off pit road to make the clock, or watching them try to position themselves in the right place in the draft like on the interstate during rush hour traffic.

There was a lot going on and if that’s the sort of thing you like, then it was entertaining. Personally, I found myself battling my desire to be entertained but also see legitimate competition. Drivers three and four-wide on pit road and maybe not the fastest car sitting on the pole doesn’t seem legitimate. But it’s what we’re going to get going forward, and I’ll have to get used to it since NASCAR officials will be the first ones to use the ‘entertainment’ word.

Next, all hail Ricky Stenhouse Jr. In a time when drivers – Kyle Larson the most recent – having to apologize because no comment goes without consequence for one team partner or another, Stenhouse is here to feed our appetites for controversy – if you even want to call it that.

In the first three weeks of the season, the Roush Fenway driver has pissed off Joey Logano, Martin Truex Jr. and now the No. 20 team of Erik Jones, who called Stenhouse a “dumbass” over the radio in Vegas. Jones and Stenhouse had a few close battles Sunday afternoon, with a little bit of contact at one point down the frontstretch.

What makes this great is that Stenhouse couldn’t care less about his reputation. Or at least, that’s how he comes off. Stenhouse wants to race hard and for every inch, and if feelings get hurt in the process, so be it. I’m all for a season’s worth of seeing how many more friends Stenhouse makes.

The final points following Vegas can be combined, as both are related to performance.

On one hand there is Hendrick Motorsports, which still hasn’t shaken off what has been ailing it for quite a while now. Chase Elliott still looks to be the company’s bright spot with the other three cars struggling to get on the same level. In Las Vegas, all four cars were running on the right side of the leaderboard about midway through the race, but at the end of the day, the results aren’t what they need to be. Only Elliott finished inside the top 10, although Alex Bowman was close behind in 11th. William Byron and Jimmie Johnson were outside the top 15.

On the other hand, the two cars from Richard Childress Racing are showing potential but need to finish. The results have not been there for Austin Dillon and Daniel Hemric, however both have been fast. Dillon was top 10 in both Atlanta practice sessions, and then led both sessions at Las Vegas with Hemric second.

But there appears to be a missing link from practice to the race. Hemric was working toward a possible top-10 finish at Atlanta before a flat tire, but Dillon was nowhere to be seen. Sunday in Vegas, both teams were out of the picture.

Whereas Hendrick is still working to show they are heading in the right direction, the pieces appear already in place for RCR they just have to figure out how to make them work.

Hey, that’s sort of like NASCAR with the rules package… 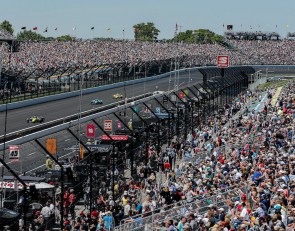 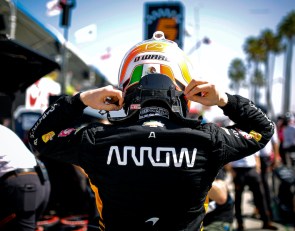