After a second-place GTD finish in the 2018 Rolex 24 with Meyer Shank Racing with Curb-Agajanian, Katherine Legge wants to move up one step this year with the team’s new driver lineup.

Legge will co-drive the team’s No. 57 Caterpillar Acura NSX GT3 with Ana Beatriz, Simona De Silvestro and Christiana Nielsen; Nielsen has been added following a back injury that will prevent Jackie Heinricher from driving in the season-opening race. While it’s the event’s first all-female lineup since 1994, Legge is focused on improving on last year’s result.

“Last year was heartbreaking, honestly,” she said. “We finished second, but we were one step away from the top step. Hopefully, we can right that this year.”

Although she missed that top step, Legge went on to win at Detroit Belle Isle (with Mario Farnbacher) and WeatherTech Raceway Laguna Seca (with Alvaro Parente). She went on to finish second four times – taking the GTD championship down to the final race of the year. Legge placed second in the finale, missing the title by only four points.

“Meyer Shank Racing has given us a car that’s capable of winning, and as a driver, that’s all you can ask for,” said Legge. “I’ve got fantastic teammates in a really cool effort in partnership with Heinricher Racing and Caterpillar, and I’m very excited to see how this progresses. I know there have been all-female teams before [at Daytona], so we’re not trying to do anything special. We’ve got some very good drivers who just happen to be female, and I’m happy to be part of it.” 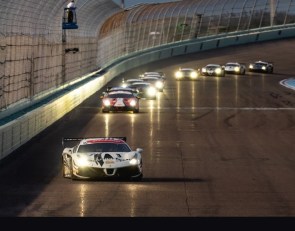 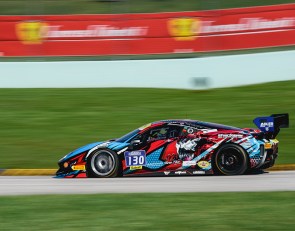 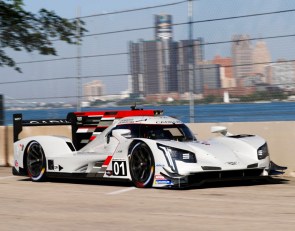 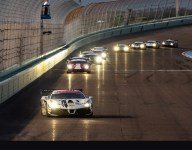