The 22-year-old joked on social media that his selection was half of the 46 used by his hero, MotoGP champion Valentino Rossi – and posted a picture showing him driving a Rossi-themed No.46 in his karting days.

I’ve always been a Rossi fan but since I can’t replace the doctor himself, I thought I’d have half of it 😂😂 #quickmaths #AA23 pic.twitter.com/WaKGjYL5uE

Fellow F1 rookie Lando Norris explained last week that he also wanted to drive Rossi’s 46, but ultimately selected No.4 for his McLaren debut.

“I had 31, I had 11, and in karting I had 33 and 46, but none of them meant a lot to me,” Norris said at last week’s launch of the special-edition OnePlus 6T McLaren phone. “So I just went with the one that looked the best. That’s the best reason.”

George Russell will drive the No.63 at Williams, and Antonio Giovinazzi will race the No.99 for Sauber.

Robert Kubica will race the No.88 in his Williams return. 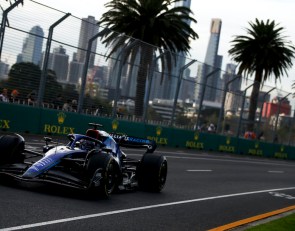 INSIGHT: How Albon is refocusing Williams 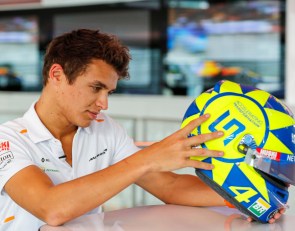 Norris reveals Rossi message and plan to race together