An HRE spokesman said that because of the lack of funding, (as presented by both HRE and Moffitt’s side), Moffitt was informed there was no realistic scenario for the two sides to continue together. If HRE tried to keep Moffitt, which they had hoped and would have liked to do, there was no guarantee Moffitt would have run the full schedule.

HRE has been in desperate need of funding, as the No. 16 struggled to piece together races in 2018 to ensure they remained championship eligible by making it to the track. During points of the year where it appeared the team might not make it to the track, both sides were able to work together to keep things going, landing sponsors such as iRacing and Fr8Auctions. That also included the additional races picked up by Hattori’s partner, AISIN, as well as Toyota Tsusho.

However, as of now, neither side is able to do that again.

“We are extremely proud of what we achieved with Brett and winning the championship together,” team owner Shige Hattori said in a statement. “Our organization’s relationship with him dates back to 2012 and we’re thankful for what he has meant to our team and the effort he put forth. This past season was full of adversity and we faced numerous challenges in getting to the racetrack each week.

“Our entire team is working hard to put the best possible program together for next year and we’re excited to compete in 2019. We’re looking forward to celebrating our championship on Saturday night with Brett at the NASCAR Camping World Truck Series awards banquet and hope our results together benefit all of us in the future.” 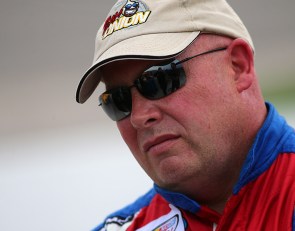