Antonio Giovinazzi was over 2.5 seconds clear of the rest of the field as 2019-specification front wings broke cover on the first day of in-season testing in Hungary.

Driving for Ferrari on Tuesday, Giovinazzi used the hypersoft tire — not brought to the Hungarian Grand Prix last weekend — to post a 1m15.648s, some half a second quicker than the fastest dry lap set by Sebastian Vettel on ultrasofts on Saturday. Giovinazzi was making his second appearance of the season for the Scuderia, and tomorrow will take over the Sauber from the man he led on the timing screens, Marcus Ericsson.

Fresh from a frustrating race in Budapest, Ericsson was second fastest with a 1m18.155s, also on the hypersoft compound tire.

Brendon Hartley was third quickest for Toro Rosso and boasted the most mileage on the opening day, with the New Zealander completing 126 laps and ending up just over a second adrift of Ericsson. Hartley’s best lap came on the ultrasoft compound, before afternoon rain prevented any running on softer tires.

The main focus of the day was on the new front wings that were tested by both Force India and Williams, with both teams running 2019-specification designs. The wider wing is also simplified compared to the current regulations, with the intention of making it easier to follow another car and improve the chances of close racing.

The two teams completed extensive mileage using the 2019 designs, with Nicholas Latifi in the Force India clocking over 100 laps in total and setting the seventh-fastest time. Oliver Rowland’s day was less productive as he managed just 65 laps, with the wet weather curtailing his plans for some performance running late in the day.

While the majority of the field missed out on track time due to the weather, a crash for Sean Gelael caused the only red flag of the day and ensured Pirelli missed out on some data gathering. Pirelli had brought a new soft compound — a new concept that is not the definitive 2019 tire — that was available to all the teams, and had seen Gelael complete 109 laps in the Toro Rosso before he went of at Turn 11 with more than two hours remaining.

The two Formula 2 title protagonists George Russell and Lando Norris had contrasting days for Mercedes and McLaren respectively, with Russell completing just 49 laps due to a gearbox issue in the morning. Norris ended up half a second ahead of his British rival in fourth place, completing 107 laps for McLaren with a best time of 1m19.294s coming on the ultrasoft compound before he also completed some wet weather running late in the day.

Back to business in Budapest! 👊

The only team missing from the test is Haas, with the American outfit opting not to run a car as it feels it has little to learn at this stage of the season after five races in six weeks. 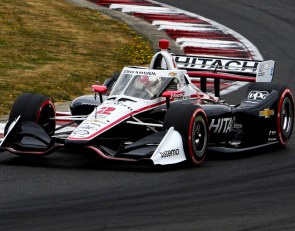 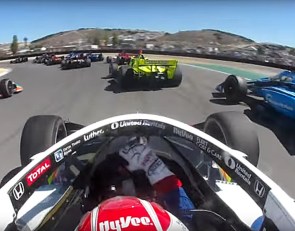 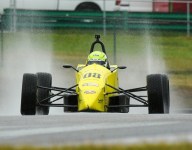