In signing a three-year deal to race at WeatherTech Raceway Laguna Seca, the Verizon IndyCar Series has wrapped its arms around new possibilities. These are unproven possibilities, admittedly, but new opportunities nonetheless.

As RACER documented last week, Laguna and Sonoma Raceway have endured persistent problems with attracting a meaningful number of fans to their traditional road racing events. Of the two venues, only Sonoma has reached an apparent plateau with the volume of fans who pay to see IndyCar. By default, it casts Laguna as the site where untold potential exists.

Fourteen years into the partnership with the Speedway Motorsports Incorporated-owned track, IndyCar and Sonoma may have reached a crossroads. Taking nothing away from Sonoma’s efforts, and short of filling the grandstands in September for the season finale, there’s little to suggest IndyCar is growing at an appreciable rate in the Wine Country.

The lack of growth is where Laguna Seca gained momentum as a decent alternate to consider, and with the return now approved by Monterey County’s Board of Supervisors, IndyCar gives itself another chance at being a hit in the region.

From the feedback of those who recall the days of CART and Champ Car at Laguna Seca, a clear voice has been heard in wanting to see open-wheel racing return to the ‘Dry Lagoon.’ And that’s actually where another big upside is found.

Hardcore fans will make the drive up or down to Monterey, and with a decent population center in the surrounding Monterey cities, the track would not need a large contingent of fans from two hours north in the Bay Area to make it work. In promoting its deep history at Laguna, nostalgia, as one would hope, is a factor the County-owned property and IndyCar are counting on to post strong ticket sales come 2019.

The call to revisit Portland has the same feel; open-wheel racing had a happy home up through 2007 in the Pacific Northwest, and maybe it can stoke interest — new and old — when the Portland Grand Prix gets under way a little over a month from now.

New Laguna sponsor WeatherTech, which took over the naming rights to the facility in April, should also be applauded for getting behind the return of IndyCar. The track’s leadership has spoken with IndyCar on a regular basis in recent years, and with WeatherTech lending its support, whispers of a return in March have become reality by July.

And as someone who enjoyed spending a few pre-season days at Laguna for the once-popular IndyCar Spring Training event, the series could use a visit early next year to re-introduce itself to fans and the media in ways that will surely help drive sales and awareness for the ‘IndyCar Monterey Grand Prix at WeatherTech Raceway Laguna Seca.’

As IndyCar Chief Marketing Officer CJ O’Donnell told RACER last year, re-acquiring lapsed fans who said farewell during the CART/IRL wars proved to be a worthy marketing strategy that brought a healthy number of followers home. If a similar outcome is possible in the greater Monterey area, rebooting one of its legendary circuits with a three-year contract was a safe decision to make.

Road America reboot has been a box office success. (Image by Joe Skibinski/IndyCar)

Looking at other retro-circuit attempts, inking new deals with Road America and Gateway were the highlights of last year’s championship, and with another huge turnout at Elkhart Lake last month, we’ve seen proof of passionate fans wanting to re-engage with IndyCar. Based on Gateway’s event in 2017, more of the same is expected next month.

On the flipside, we have the undeniable flameout at Phoenix. Once a bedrock stop on the open-wheel tour, a long break in visits by IndyCar was met with vast indifference by locals when it was added in 2016. Faith and goodwill is also important when bringing old tracks, and failure is definitely a risk that cannot be ignored.

At this stage, it’s impossible to predict how the event will look once we get to 2019. Optimism is high, naturally, and there are no limits to what can be achieved. It’s a change in a market that matters to IndyCar, and if this doesn’t work, the series is out of NorCal options. Once the Laguna Seca race date is set, we’ll get a better idea if there are enough lapsed IndyCar fans to validate the experiment.

Until then, let’s hope Road America boss George Bruggentheis and Gateway owner Curtis Francois jump in to offer Laguna Seca all the advice they can to make it a success. 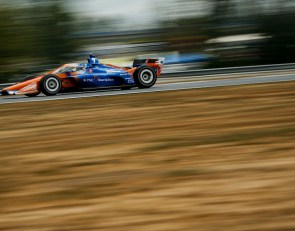