CRANDALL: NASCAR is transparent - to a point

CRANDALL: NASCAR is transparent - to a point

Brad Keselowski unceremoniously dragged NASCAR into the social media age during a red flag in the 2012 Daytona 500. To the sanctioning body’s credit, it has since gone to great lengths in not only embracing the medium, but having its teams and competitors do the same.

Over the past year, those on Twitter might have noticed that NASCAR president Brent Dewar (pictured above) and executive vice president and chief development officer Steve O’Donnell have increased their presence. O’Donnell has frequently tweeted during races when wanting to clarify something, and Dewar follows many NASCAR enthusiasts. Both men consistently engage race fans.

Sunday night after the O’Reilly Auto Parts 500 at Texas Motor Speedway the NASCAR president was at it again, although this time his words had a bit of an edge as he replied to fans on a variety of topics, including the missed pit road penalty for an uncontrolled tire on the No. 4 Stewart-Haas Racing team that nearly ended with Kevin Harvick winning the race.

Here are a few:

Stupid? That’s your take? Despite all the technology, we will miss a call every once and a while. Must be a nice to be in a perfect bubble where you live. Proud of the team to admit it. We strive for perfection every day. @NASCAR

Really Drew? It does not warrant the reponse. Our industry is high tech with the best engineers from the teams and @NASCAR. Silly question from someone that is ill informed. Did I answer it now

Really?? You have never defended your team. Especially when they admit to a mistake. He called my guys stupid which they are far from that. They are super smart and cool. Pompous to you is proud to me. Sorry if it offends, but will do it again.

Heh Kolbs, I listen to fans every day. Some parts are supposed to be laughable. No one was ridiculed. I am a fan first. Don’t take things too serious. If I did offend you, then I apologize. This is sports and supposed to be fun. If still offended then block me,

Unfortunately for NASCAR, its efforts to be transparent still call for more transparency.

O’Donnell and Dewar have the right idea, though. Being easily accessible and willing to answer questions and concerns is refreshing, and often a good media tool. And NASCAR is among the more proactive professional sports organizations with regard to using social media compared to the executive counterparts in many other leagues. 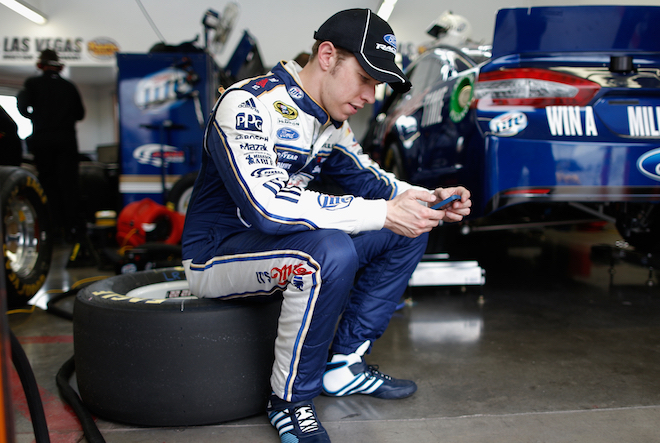 Roger Goodell, the NFL commissioner, tweeted 37 times in 2017. None of those tweets were a direct reply to a fan or had to do with specific events of a game, rule or call.

But there is one big difference with those leagues, and it’s where NASCAR needs to get better. In the NBA or the NHL, those in the big office are not afraid to have an official statement or report posted on its social media channels or distributed to its on-site media clarifying a decision, a penalty, or a mistake.

In NASCAR, the media can request comment from the sanctioning body, try to hunt down the rule in the rulebook, or wait until O’Donnell or senior vice president of competition Scott Miller offer something during their routine SiriusXM NASCAR Radio appearance each Monday morning.

Having NASCAR take a more proactive role when they see a story developing in a race or through chatter on social media would be helpful. Air guns, dented rear windows and pit road issues sound familiar?

Putting the hot topic of mandated air guns aside as we’ve come to expect they will be a point of conversation in some way every week, there were still two other issues NASCAR needed to explain in Texas. Miller did eventually emerge and admit there was a missed call on Harvick’s team.

More of that on-the-spot openness, please! Because while NASCAR did it right in that instance, it should not have taken two days before an explanation was offered about what trigged the Ryan Blaney penalty for the same infraction earlier in the race.

NASCAR has come so far on social media, but executives tweeting after the fact or trying to defend the sanctioning body only goes so far when the sport finds itself in a weekly battle of headlines that demand immediate answers.