F1 sets out future vision to teams in Bahrain

F1 sets out future vision to teams in Bahrain

Formula 1 has set out its vision for the future of the sport from 2021 onwards to the teams during a special meeting in Bahrain.

New owners Liberty Media have been conducting research since taking over the sport at the start of last year in order to come up with a framework for new regulations beyond the end of 2020. The current V6 power unit regulations and the bilateral agreements between the teams and the commercial rights holder all run until that time, with a blueprint for the future presented on Friday morning.

While a press release from F1 only outlined a number of vague topics that have regularly been discussed, F1’s managing director of motorsports Ross Brawn told RACER the actual meeting involved a number of more specific details.

It is understood a cost cap in the region of $150 million was presented to the teams, although that figure would not include driver salaries and marketing budgets, pushing the overall total up toward the $200m mark.

In looking to reduce costs, F1 states “car differentiation must remain a core value” and that any cost cap will only by implemented as long as it “maintains Formula 1 position as the pinnacle of motorsport with a state-of-the-art technology.”

On top of that, the release stated the power units “must be cheaper, simpler, louder, have more power and reduce the necessity of grid penalties, [but] must remain road relevant, hybrid and allow manufacturers to build unique and original power unit.

“New PU rules must be attractive for new entrants and Customer teams must have access to equivalent performance.”

Adding detail, one senior paddock source stated the proposal included the removal of the MGU-H.

In a wide-ranging meeting, the future distribution of funds was discussed, with F1 saying revenue distribution “must be more balanced, based on meritocracy of the current performance and reward success for the teams and the Commercial Rights Holder,” while adding that “revenue support to both cars and engine suppliers” will be provided. 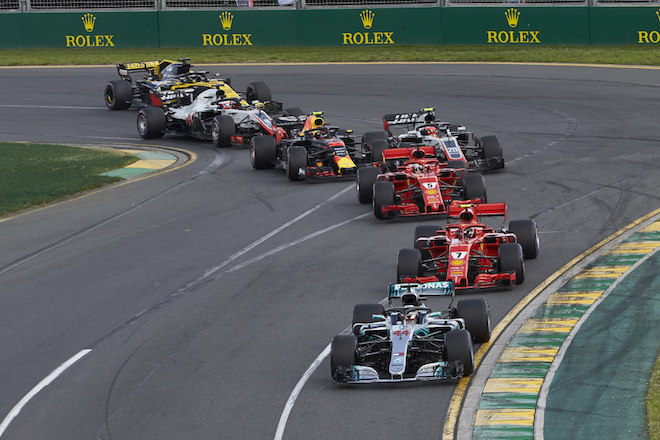 Overtaking will also be addressed in the next set of regulations, and while “engineering technology must remain a cornerstone, driver’s skill must be the predominant factor in the performance of the car.”

F1 also remains committed to cars being different from each other in a number of aspects but wants to standardize areas that are not relevant to fans.

Brawn says the teams will now be invited to go away and investigate ways of implementing the vision, with another source claiming Liberty has set an “ambitious” deadline of the end of May to finalize the future regulations.

Road to Indy 17m ago