Statistically speaking, Kurt Busch probably shouldn’t be 10th in Monster Energy NASCAR Cup Series points with two top-10 finishes and as many DNFs through six races. But, the Stewart-Haas Racing driver is indeed among the drivers off to a hot start this year. And he has stage points to thank for that.

“I’m an old-school racer, I want to finish strong, but if you have stage points they’ll cover up a wreck or two, or a bad pit stop or a bad restart,” Busch told RACER. “We’ve wrecked at Daytona, we’ve wrecked at Vegas … Normally, you can’t be top 10 in points this early in the season with two wrecks; that’s the difference [with stage points].”

Busch has not only earned stage points in all six races (there are only two stages of the 12 run he’s been shut out), but he’s also won two stages. With a total of 53 stage points, Busch is fifth-best in the series.

Last year, Busch earned 120 stage points through the entire season. Except, Kurt only scored stage points in 19 of them. This year, he admits stage points, as well as laps led, have been a focus for the No. 41 team.

“And that comes with the car handling a little better,” said Busch. “Also, capitalizing on qualifying. Putting a better effort in on qualifying because that helps with stage one and track position. Then being better with the overnight adjustments Saturday into Sunday – that’s where we were making too many adjustments, and then it was a work in progress the first quarter of the race to find the handling.

“But our goal was to gain more points in that first stage.”

Of his 53 stage points, Busch has scored 27 in stage one and 26 in stage two. While the focus has been on gaining points in stage one, Busch admitted the team has gotten “greedy” a few times in the second stage.

“Like Phoenix – we won that second stage. We were running fifth, and we were on the fence if we should pit or not,” he said. “Everybody pitted in front of me, and I’m like, ‘Oh, I’m staying out.’ The crew chief is like, ‘Yeah, we should stay out and grab these points.’ 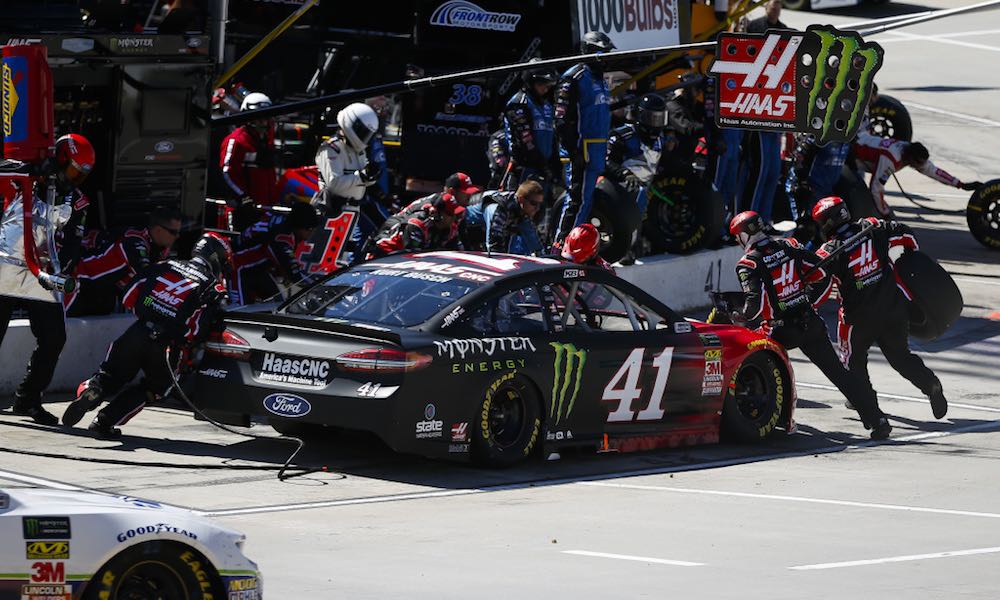 “The problem was we got buried in 25th once the restart happened, but we thought our car was fast enough to get back on the top 10. It took us every single lap of the race to get back to the top 10 and then have a restart, race them at the end and try to get in the top five. There are still those few guys like [Kevin] Harvick, the 78 [Martin Truex Jr.], the 18 [Kyle Busch] and 42 [Kyle Larson], the same group of the top five that are there, and we’re just trying to be the best in that secondary group. And so far, we’ve done that.”

Getting away from focusing on strategy in stage two and letting the race play out is what Busch would like going forward. And when it comes to his hot start the year, which also includes 74 laps led, Busch sees strengths in many areas.

Even now in his 18th full season at the Cup level, Busch enjoys learning and challenging himself each weekend. This year that has been taken to a new level after SHR moved Billy Scott to oversee Busch’s team.

“The trend right now has been hot, it’s been good, and the things he’s taught me to look at differently have been very positive,” said Busch. “He’s made me work harder at simulation, lap times, also watching the different graphs of all the data that we have and we’re able to pull from our team and other teams.

“So, he’s taught me quite a few new tricks, and that’s the fun part. When you’re learning new things, applying them and finding better results – keep going and keep working harder toward future goals.”