RealTime Racing veteran Nick Esayian will return to his Honda-powered family this weekend in a second Pirelli World Challenge Civic Type R TCR entry at the Circuit of The Americas. Esayian will partner with RTR’s Ryan Eversley to form a two-car assault as PWC’s Touring Car classes make their season debut at COTA.

“Nick will be in for the COTA weekend and we’re hoping it becomes more, but we want to get through COTA before we cross that bridge,” team owner Peter Cunningham told RACER. “And the possibility of a third car is becoming greater by the day.”

COTA will start Esayian’s third stint with the Wisconsin-based team. Having formed part of RTR’s championship-winning PWC TC effort in the late 2000s, made a comeback with RTR prior to its recent foray into the GT class, and signed up for at least one round in 2018, Esayian can expect a fast welcome from Cunningham as the team embarks on a new chapter with TCR machinery.

“He ran for a number of seasons with us, then went to another brand, and came back for three more, so it’s great to have Nick back on the team,” he added. “We’re looking forward to a competitive weekend but also a fun weekend at COTA.” 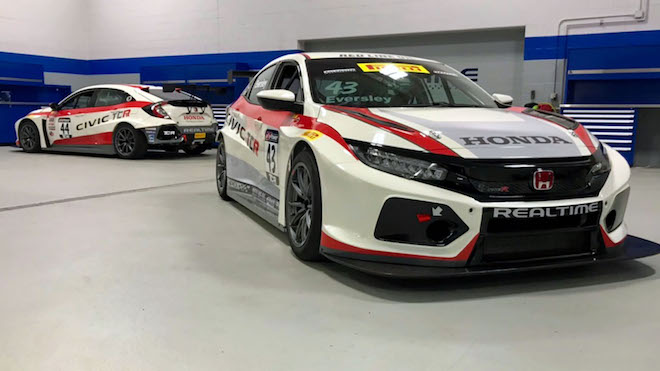