Formula 1 has launched its first-ever global marketing campaign ahead of next weekend’s 2018 season-opener in Australia.

The 60s film [bottom] features six of F1’s biggest ‘super fans’, and is intended to shine a spotlight on “the innovation, endurance and elemental nature of the sport, putting superfans at the visceral heart of the action, as though they are the ones battling it out from behind the wheel,” according to an official release.

As the season advances, the film will be edited to include new footage, with an updated version to be released on F1’s social media platforms following each Grand Prix.

Accompanying the film is a new tagline, ‘Engineered Insanity’, which will form the basis for a publicity campaign that will include off-site adversiting, posters in airports and downtown areas, hand-painted murals and social/digital channels. 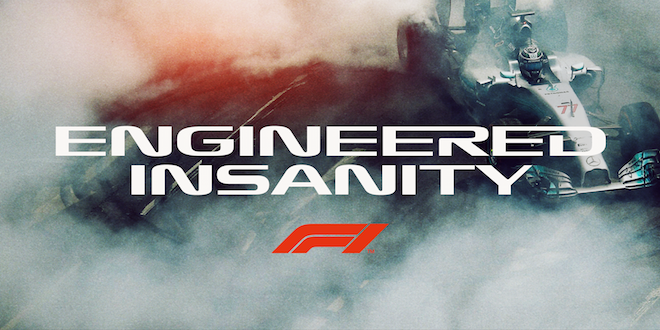 “We want to create a perceptible shift in how people perceive F1,” Ellie Norman, Director of Marketing, Formula 1 said.

“This campaign switches the focus away from our own echo chamber, instead spotlighting why our fans love this sport.

“Last season, we made a promise to our fans to bring them closer and to reshape the sport into something that resembles what they want to see, the gladiatorial conflict at its heart. Nothing we came up with creatively delivered this better than seeing it through the eyes of our most passionate fans. Across the next year and beyond, we will be creating further fan-centered activations at the races, at fan festivals and across F1 social platforms. Watch this space. We are here to excite.”