The wisps of grey in Helio Castroneves’ once jet-black hair speak to the Brazilian’s physical age. He’ll be 43 in May. The youthful enthusiasm projected by his voice when speaking of the new sports car racing chapter of his career, however, is reminiscent of a Castroneves in his early 20s.

Getting to the point where accepting life as a full-time IndyCar driver is over hasn’t been easy. Despite winning three Indy 500s for Roger Penske, capturing an Indy car championship proved elusive for Castroneves during a 20-year run in open-wheel racing.

And with the Captain’s call to shift the veteran from his Verizon IndyCar Series team to Penske’s new IMSA WeatherTech SportsCar Championship program, that title pursuit –a rabid goal that fueled Castroneves’ world for half his life – met an immediate end. The process of finding peace and acceptance in that career change is almost complete, and it’s been propelled by an unexpected re-introduction to something he’d been missing in Indy car racing.

The joy found in conversation with Castroneves ahead of this weekend’s Mobil 1 Twelve Hours of Sebring endurance race stems from the Acura ARX-05 Daytona Prototype international he races with Ricky Taylor. More specifically, Castroneves is loving the newfound opportunity to develop Acura’s DPi into a competitive force. 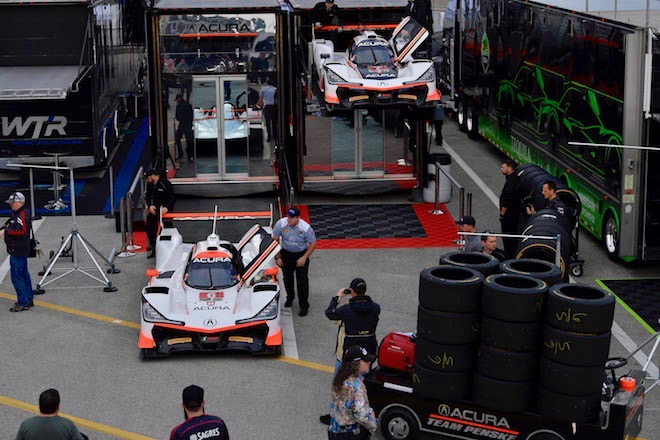 After far too many years of racing spec Indy car models, getting to play with the ARX-05 and shape its competitive future has been a rejuvenating experience for this veteran.

“It’s, to be honest, very good,” Castroneves told RACER of his life as a sports car driver. “My engineer, [teammate] Ricky Taylor and I, we’ve been in constant contact, and it’s been more contact than I had that way in IndyCar. In IndyCar, the conversations weren’t as many because you couldn’t do a lot of things to change the car. It was all very controlled by the series.

“Now, with my Acura DPi, it’s not talking so much about shocks and springs; it’s about what we can develop to make the car better. It’s so different, and it’s so cool. The last time I had that kind of development opportunity was 2001 with Honda’s [Indy car] engines. So, I really feel like a kid again. And I love playing with the technology and being part of that team, even as a driver, to make the whole car better.”

Based in Miami, Castroneves has also come to enjoy the easier calendar offered by IMSA. With IndyCar kicking off a 17-race championship last weekend in St. Petersburg, Helio was present after being named the grand marshal of the Firestone Grand Prix, and also noted how IMSA’s 10-race schedule, spread from January to October, is the clear winner when compared to IndyCar’s busy sprint from March through September.

“It’s good because you don’t have to travel as much!” he said with his customary laugh. “It’s by car instead of plane with a lot of the races and testing in Florida, which is nice. You aren’t gone as much, but I am still doing the Indy 500 with Roger [Penske], so it will be my full IMSA [schedule] plus a little bit of IndyCar, still.” 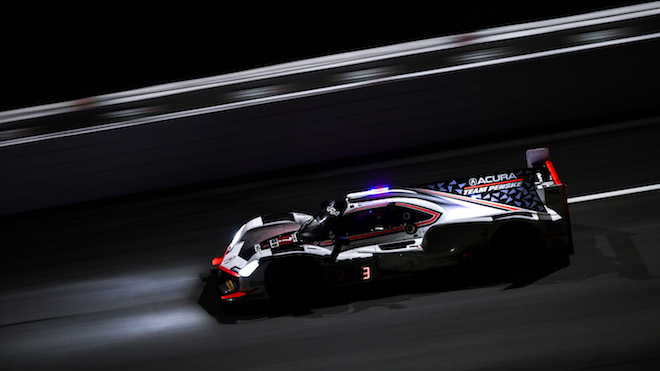 Going from IMSA’s WeatherTech Championship opener at the Rolex 24 At Daytona to 12 hours of racing at Sebring has been another adjustment for Castroneves. With a typical IndyCar race lasting just under two hours, adapting to the rigors of endurance competition in IMSA’s biggest events – ones where he’ll contest the equivalent of multiple IndyCar races while rotating in and out of the Acura DPi – led to another round of laughter while reflecting on the Rolex 24.

“Daytona was brutal. I’d forgotten how difficult it is for 24 hours; I drove for about nine and a half hours, which was a lot. I earned my paycheck. For the first time I had the feeling of, ‘I don’t want to go back into the race car!'” he said. “It’s a shame, the result we had, because the performance was much better than the result that happened, but I think we’re going to show something good at Sebring. I really do.”

Castroneves raced at Daytona and Sebring in the past – as an all-star guest driver amid his IndyCar duties. With those legendary tracks now part of his daily routine in IMSA, a stronger appreciation for sports car racing’s hallowed grounds, akin to his passion for the Indianapolis Motor Speedway, has emerged.

“Sebring is such an incredible track with so much history; so many drivers have gone there before, so for us to be racing there, it’s such an honor,” he said. “I’ve been practicing a lot for this race, and there’s no place where it’s easy. I like that. It’s coming back to our roots. I can’t wait to get started.”