With an influx of new Verizon IndyCar Series team owners has come an uptick in Indy 500 entries, and according to GM Racing director Mark Kent, Chevrolet is prepared to take on half the final engine supply.

“I would imagine probably a 17-17 split,” he said of sharing the load with Honda. “If there’s more cars that want to try to qualify, we’re definitely in a position to support some more cars.”

Although IndyCar’s field of 33 will start the 102nd Indy 500, positive growth for the series has meant 35 or 36 entries could be looking for 2.2-liter twin-turbo V6 engines to try and qualify for the big race. In recent years, only 33 or 34 cars have been present in Gasoline Alley, which has alleviated most concerns for either brand to stretch its pool of motors and engine technicians. 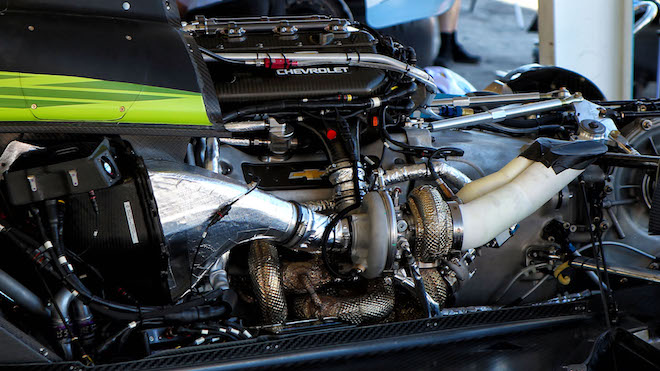 The amount of Indy entries has also been largely controlled by the willingness of each manufacturer to make its product available for more than 33 drivers. It would appear the recent growth among team owners has been met in kind with a greater willingness to push further into the comfort zone.

“If history repeats itself, there’s 33 cars that start,” Kent added. “I think the last few years have been 33 or 34 cars that have tried to start the race. Historically we’ve had about half the field.”