Scuderia Corsa will make its debut as an IndyCar entrant in a joint effort with Rahal Letterman Lanigan Racing for Oriol Servia at the Indy 500.

The Los Angeles-based team, owned by veteran Ferrari dealer and racer Giacomo Mattioli, has scored consecutive GT Daytona titles in IMSA’s WeatherTech SportsCar Championship with Christina Nielsen and Alessandro Balzan, and will make its first open-wheel racing foray with the Spaniard during the month of May.

“This is a pretty amazing thing,” Servia told RACER. “I’ve driven for Bobby [Rahal] many times, and I’ve known Giacomo for a little while now; we’re both in Los Angeles, and through our mutual friend Stefan Johansson, introductions were made and Scuderia Corsa is going to be involved with IndyCar for the very first time. It’s exciting times.”

Added Bobby Rahal: “I am very pleased we were able to come to an agreement with Giacomo Mattioli for Scuderia Corsa’s first effort in open wheel racing in the United States. Scuderia Corsa has a very successful track record in sports car racing and Giacomo’s success in the retail automotive marketplace is well known. 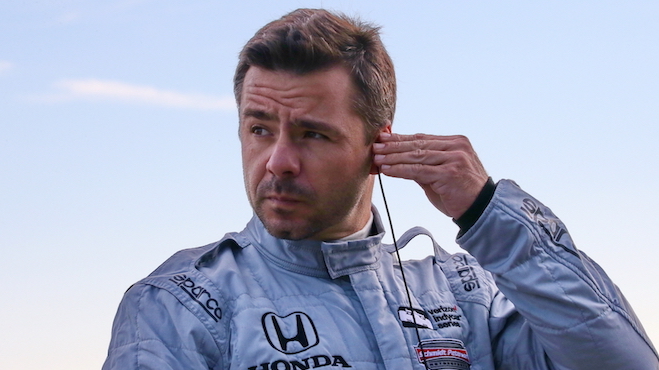 “And it goes without saying that we are very pleased to have Oriol back with us for our fifth Indy 500 together. He brings a lot of talent to the program and I have no doubt that together with Graham and Takuma we are going to have three very strong entries for the Indy 500.”

RLL is expected to field the effort with crew from its Indianapolis base, but some members of the Scuderia Corsa outfit likely will be involved as the sports car specialists learn a new discipline. Provided the effort goes according to plan, it’s believed Mattioli’s team could look to add an IndyCar program of its own at some point in the near future.

“It is an honor to compete at the Greatest Spectacle in Racing,” Mattioli said. “To be a part of this great racing heritage and tradition is something I always envisioned for Scuderia Corsa and running across the yard of the bricks this year is a thrill. I am excited to be partnering with Bobby Rahal and Rahal Letterman Lanigan Racing, such an outstanding and established team, as well as having veteran IndyCar series driver, Oriol Servia, on board.”

Sponsor announcements and other details will be released in the coming weeks.