As Pirelli World Challenge’s GTS category began to move to the GT4 platform in 2016, the class was at an ebb, with a mix of legacy GTS cars and GT4 cars that were unfamiliar to most on these shores. As the 2018 PWC season begins this weekend at the Firestone Grand Prix of St. Petersburg, those first GT4 cars from SIN Cars and Ginetta will still be represented, but they’re joined by the latest machinery from Audi, Mercedes-AMG, BMW and Ford.

The grid at St. Pete will represent the largest and most diverse field the category has seen in years. More are expected to join as the season progresses, including some SprintX-only entries as the longer racing format becomes a full part of the class for 2018.

In 2017, new entries came from Panoz, McLaren and Chevrolet, in which Lawson Aschenbach ended up taking the title in the Camaro GT4.R. In 2018 Aschenbach comes back to defend his title with Blackdog Racing, which has won four of the last five GTS championships, and is of course a favorite to win it again despite the new competition.

“When you have cars such as Mercedes and Audi, among others, coming into the class, you know everyone will need to step their game up,” says Aschenbach. “This is what racing is all about; you can never settle. The cars, teams, and drivers will have to push themselves to be perfect week in and week out. I’m confident our Chevrolet Camaro GT4.R will be highly competitive on any track.” 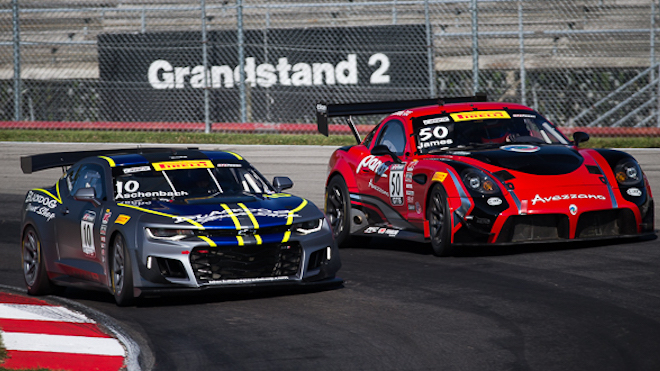 Aschenbach took the 2017 title with consistency, but it was Ian James who scored the most victories with six. Early-season issues with the new Panoz Avezzano nullified James’ hope of claiming the championship, but those issues seemed to be worked out by the mid-point of the 2017 season. James enters this year with a sorted, dependable car – now with full GT4 homologation – and a new teammate in Preston Calvert, who will be running for Am honors.

Among other platforms returning to the series, Racer’s Edge Motorsports brings back a single SIN R1 for Harry Gottsacker, who had some solid finishes in 2017 in a Ginetta. Now that its Mustang is fully homologated in GT4, Ford will have strong representation. Jade Buford, whose sporadic series appearances usually result in victories, brings a Mustang for PF Racing. Nate Stacy is back in the platform in which he found so much success, fielding a Mustang GT4 with series regular KoHR Motorsports for a partial season. And Porsche will be represented in GTS by Muehlner Motorsports America with Gabriele Piana.

While there are lots of familiar cars returning, much of the buzz focuses on some of the new machines that are arriving in GT4, notably the Audi R8 LMS GT4 and the Mercedes-AMG GT4. Robinson Racing is making the switch from Trans-Am to run a pair of the Mercedes for Gar Robinson and Shane Lewis. Robinson admits he expects a challenge, not only running in a new series with a production-based car, but also with a new platform.

“I think I’m going to have to change up my driving style a little bit,” he says. “I know the car is heavier than I’m used to, and has less power than I’m used to. But it also has a lot more gadgets and stuff that I’m not used to dealing with as well.”

Audi will be represented in GTS by Jason Bell and M1 GT Racing and 2017 GTA champion James Sofronas’ GMG Racing, which is taking advantage of the new Audi platform to contest the GTS title. 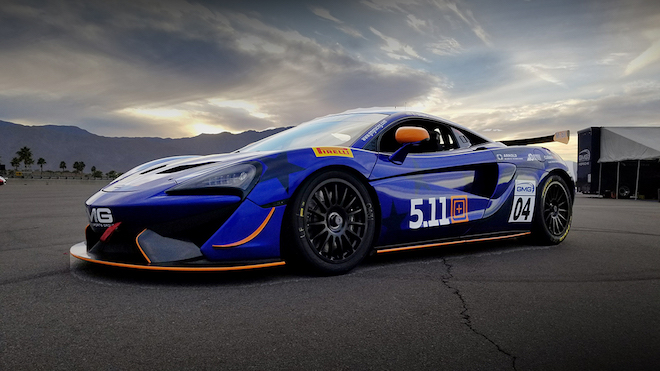 Flying Lizard Motorsports is switching from Porsche to Audi, using the new R8 for Mike Hedlund and Adam Merzon in GTSA efforts.

GTSA will make up the bulk of the 2018 GTS class, but there’s some serious talent on the “Am” side that could have some GTSA drivers on the overall podium. Aside from Calvert and Hedland, there’s 2017 GTSA champ George Kurtz in a GMG Audi. A couple of strong drivers will be in the new BMW M4 GT4 car for Classic BMW, notably 2016 Touring Car champion Toby Grahovec (in a BMW M235iR). Classic BMW will also field cars for Chris Omacht and Justin Raphael. Precision Driving has former GT Cup competitor Marko Radisic in a BMW as well.

Other familiar faces in GTSA are Mark Klenin, returning in his KPR McLaren 570S; Frank Gannettt and Drew Stavely in Ian Lacy Racing Ginetta G55s, which are newly updated for 2018; and Blackdog owner Tony Gaples in a second Camaro GT4.R.

“In my mind, the 2018 season will have the largest and most competitive GTS field in history,” says Aschenbach. “The GT4 platform is proving to be a success story, and it’s easy to see the excitement from the competitors and manufacturers. I believe the fans will see intense racing and a great battle for the championship.”

Aschenbach will be joined by former Cadillac ace Andy Pilgrim for SprintX, which will be new for the majority of the GTS field. SprintX, which follows a two-driver, 60-minute race format, was not part of the GTS championship last year, although several teams did compete for a separate GTS-X title in which Merzon claimed the Pro-Am championship with Trent Hindman in a Porsche. It will be interesting to see if those teams with a lot of endurance racing experience, such as Flying Lizard and GMG, have an edge in SprintX, although minimum pit lane times will reduce any advantage.

Many of the teams are bringing in some heavy hitters to bolster their chances in SprintX, such as Pilgrim and Michael Cooper for Blackdog, Ryan Eversley joining Merzon and Colin Braun partnering with Kurtz.
“I’m thrilled to have Andy Pilgrim joining me for the 2018 season. His experience will be counted on throughout the championship. It’s incredible to be teaming up together again after 11 years! Michael Cooper and Tony Gaples will be a force as well,” says Aschenbach.

The first SprintX race of the season will be at Circuit of The Americas two weeks after the St. Petersburg opener. GTS will run separate SprintX races from GT, unlike in the previous two years.

Pirelli World Challenge races will be streamed on world-challenge.com. Tape-delayed broadcasts will air on CBS Sports.