INSIGHT: A glimpse into GTE's future?

INSIGHT: A glimpse into GTE's future?

While there’s been no major FIA WEC news concerning GTE or LMP at this week’s Geneva Motor Show, three key players in the sportscar and endurance world have shown off new track-only hypercars which could have ramifications for their future motorsport programs.

Toyota went first and unveiled a GTE-inspired Supra, badged the “GR Supra Racing Concept” at the Geneva Motor Show, as part of the brand’s “commitment to bringing the Supra back to the market.”

The GR Supra, designed in Cologne, was shown in a full Toyota Gazoo Racing livery, and on Michelin racing tires at the show, but there are no current plans for it to race.

Toyota state that it’s been created to “show the future potential for a car that can deliver high performance both on road and track.”

The Supra will race in virtual form however, with Toyota confirming that it will appear in the next update of the popular online PlayStation game Gran Turismo Sport in April.

Aston Martin then took the covers off its AMR Pro-spec Valkyrie [below], a track-only version of its upcoming Adrian Newey-designed road car. 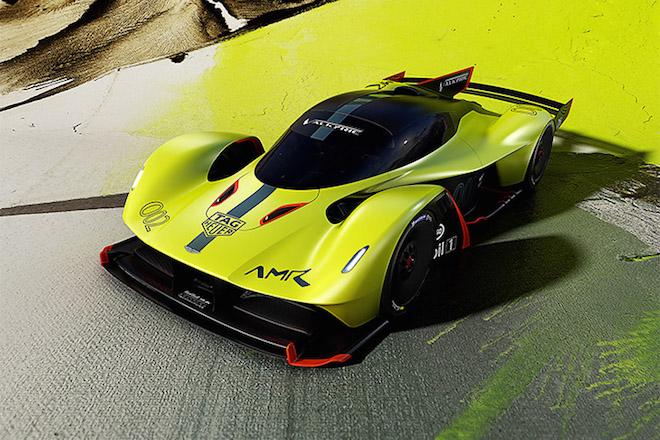 The full technical specs of the car are not available just yet. However Aston has revealed it will weigh just 1000kg [2200lb] and is capable of generating more than its own wieght in downforce. The car will run with a 6.5-liter naturally aspirated 1000hp V12 engine, which will make it capable of hitting 225mph.

The interesting bit from a racing standpoint is that the Valkyrie AMR Pro has been designed around the principles upon which the company hopes the future LMP regulations are based.

Then came McLaren’s launch, where it took the wraps off its new McLaren Senna GTR [below], an “extreme” version of its Ultimate Series road car model.

McLaren’s Senna GTR, which is still in development, has been touted as the “fastest sports car McLaren has ever built”. It’s a more aggressive, powerful, modified version of the Senna, which will produce up to 1,000kg [2200lb] of downforce, 200kg [440lb] more than the road car. 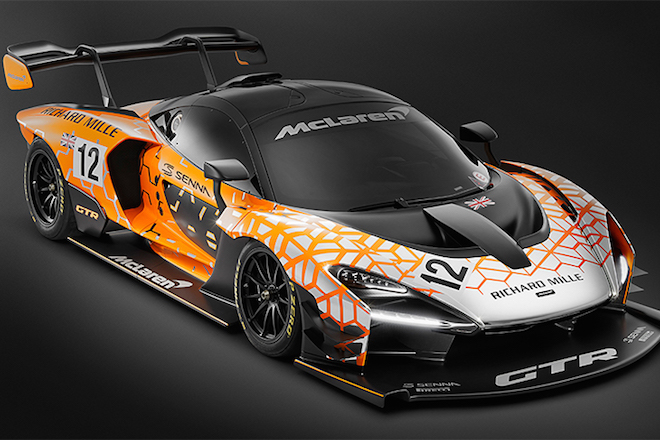 It will be powered by the same 4.0-liter twin-turbocharged V8 engine as the road-legal Senna, but with a horsepower increase to at least 825PS. It’s a car which has a clear motorsport foundation, by name, and the fact that the launch car sports racing numbers.

The question as to whether the Senna will be the base for a future GTE product is valid. However, there’s a clear internal debate within McLaren as to what its future motorsport strategy in sports cars should be, with McLaren CEO Mike Flewitt stating publicly that GTE is “an aspiration,” while the McLaren Technology Group’s Executive Director Zak Brown is pondering the potential for a full-scale prototype attack.

All this appears to be occurring while the deadline of 2020, the 25th anniversary of the Woking-based brand’s overall win Le Mans, continues to edge closer. RACER understands, however, that the current timetable for the new LMP1 regulations means that the cars running to the next set of regulations would race at Le Mans no earlier than 2021, meaning a McLaren prototype would almost certainly miss the 2020 event. A decision is expected imminently.