Trying to decipher what is happening in pre-season testing is a dangerous game at the best of times, let alone at the end of one of the coldest sessions F1 has ever experienced while preparing for the year ahead in Barcelona.

The pre-season test at Jerez back in January 2014 – when the new V6 power units were being given their first run in one of four scheduled tests – was also freezing, but that was mainly due to the lack of sunlight early in the morning. But the track’s location on the southern edge of Spain – closer to Morocco than Madrid – ensured that by the time running had begun, the temperatures had start to climb relatively quickly.

Back then, there was also testing in Bahrain to follow, and three tests in total.
This week though, a large chunk of the first four days in Barcelona were written off due to the unseasonably cold conditions.

But there was still a feel-good story that cut through icy weather by the end of the fourth day of running: the encouraging start of the Toro Rosso Honda partnership.

This time last year, Honda was in crisis. Introducing a new power unit concept was never going to be an easy task, but the lack of reliability, drivability and outright performance combined to trigger the beginning of the end of its time with McLaren. In the first test it only managed to complete 207 laps, but it was the variety of problems and numerous power unit changes that were most damaging.

There was only one team with fewer laps to its credit over the first four days of 2017 testing, and that was Toro Rosso. The Renault power unit in the back of the STR12 proved troublesome as the team made the switch from a year-old Ferrari engine the year before.

McLaren and Honda was a partnership that so many were keen to see work, and it seemed to be only a matter of time before it would come good. But after the disastrous start to last season the relationship was irreparable, and the eventual split was best for both sides.

Despite the much-needed fresh start, the ingredients were all in place for another difficult beginning when Toro Rosso and Honda joined forces. After the struggles of the previous three seasons, Honda partnering with a smaller team could not be interpreted as a quick fix. Even after a successful fire-up and filming day, nobody was predicting the new partnership would sit top of the mileage charts at the end of the opening week. Not even the team itself. 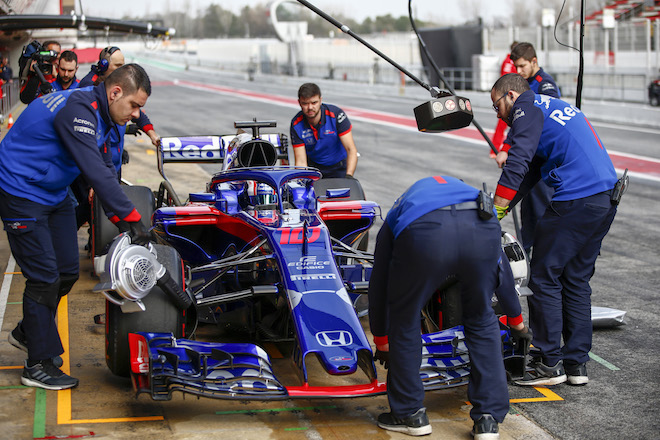 “But obviously you never know until you hit the track, and I have to say – touch wood – there haven’t been any major issues at all. Any minor stoppages we’ve had have been on our side.

“They’ve just been super-smooth to work with. We’re very inclusive, so they attend all our meetings and all that sort of thing, so we all know what’s going on, and we’re working together with them on optimizing everything. So it’s been very, very smooth so far, and I’m sure that will continue.”

But Key’s quotes don’t tell the full story. By the end of the first morning in Barcelona, both Toro Rosso and Honda employees were buoyant. In fairness, their demeanor was more the product of relief than excitement, but that highlights the depth of trepidation with which it went into this past week.

And it is exactly that reaction that should be used to keep expectations in check. There were so many unknowns before the season started, and so many areas to improve upon, but the answers will not have been found over the past four days.

Firstly, there has been little in the way of performance shown so far. The weather conditions limited the possibility of more significant running and ensured the track time teams did get was of only limited relevance, as the tires were so difficult to operate at such low temperatures.

Key himself admits the power unit has not been overly stressed during the opening week, and highlights some fundamental areas that remain untested at this stage.

“I think things like cooling systems, because we’re all running blanked off at the moment, so we don’t know how effective they really are,” he says. “Warmer conditions with the higher pace that you get as well, you get a better indication. But that’s the same for everyone.” 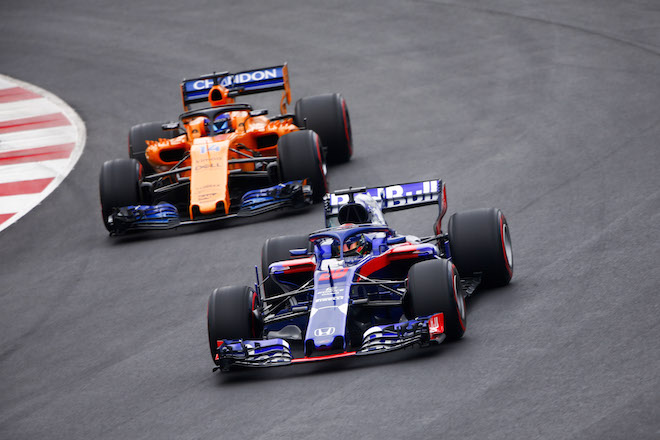 Pierre Gasly was the lucky driver behind the wheel when the conditions were at their best on Thursday, completing 147 laps. The Frenchman says Honda has “hopefully” answered its critics with its encouraging start, but he also warns there is much to do in order to be competitive come Melbourne.

“I think we have shown that the engine is fine,” Gasly said. “Toro Rosso is working really hard with Honda in terms of communication to have the best package possible. We have a common target. We are working as a team all together, not as two different teams. I think it’s something really positive.

“There are still a few things we need to improve, I guess like every team. But so far, it’s been great working with them. They are pushing really hard. That is always nice.”

It shouldn’t be overlooked that Toro Rosso needs to do significant mileage because it is the only Honda-powered car running. Much as McLaren found in the past, any gremlins can completely halt a program during testing as there is no other car gathering data. Honda’s 324 laps were impressive in the context of its recent history, but Renault still has 742 laps worth of data from its power units to work with off the back of this week, despite occasional trouble for both Red Bull and McLaren.

Once again, history should also be taken into account. The most troublesome years for McLaren-Honda were 2015 and 2017, but on both occasions the team was dealing with a new power unit concept. This year, as in 2016, the Honda concept is a continuation of last year’s design, and therefore a much better starting point.

For comparison, McLaren averaged just shy of 89 laps per day two years ago, but still only finished a distant sixth in the constructors’ championship. Improved reliability doesn’t necessarily translate into a significant step in performance. This is still an evolution of a power unit that could only take a former championship-winning team to ninth in the standings last year. That’s not a deficit that can be erased overnight.

Next week will be a much more telling test, with warmer temperatures increasing the demands on the cooling systems as well as aiding tire performance and allowing teams to push their cars harder. This week has simply been an encouraging platform from which to build on, and that’s all Toro Rosso and Honda could ask for.