Honda progress 'less of a surprise' to Toro Rosso

Honda progress 'less of a surprise' to Toro Rosso

Toro Rosso was more prepared for Honda to impress during the first pre-season test than the rest of the Formula 1 paddock, according to technical director James Key.

Honda struggled with both performance and reliability for the majority of its time with McLaren, with pre-season in 2015 and last year particularly troublesome. After McLaren and Honda ended its partnership early, Toro Rosso became the works team this year and duly completed the most mileage of any team during the first test.

“I think if we looked at the situation last year it’s a bit of a surprise, but having worked with them for a while now it’s less of a surprise,” Key said of the smooth opening week. “I think looking at the facilities that they’ve got and the desperate will that they’ve got to make it work, it’s less of a surprise to me now. But obviously you never know until you hit the track and I have to say – touch wood – there hasn’t been any major issues at all. Any minor stoppages we’ve had have been on our side.

“They’ve just been super smooth to work with – we’re very inclusive so they attend all our meetings and all that sort of thing so we all know what’s going on, and we’re working together with them on optimizing everything. So it’s been very, very smooth so far and I’m sure that will continue.”

Key notes that Toro Rosso has tried to give Honda as much freedom as possible rather than make a number of demands of the power unit supplier. 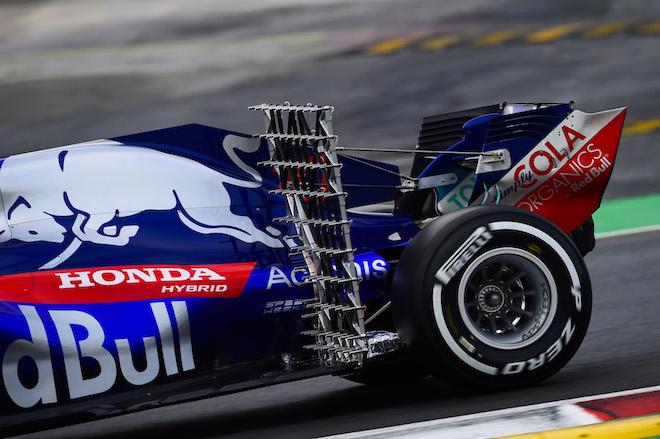 “I really don’t know how the relationship with McLaren worked and we haven’t even discussed, it to be honest with you. It’s not part of what we’re doing – we’re looking forward and looking at our own work.

“Certainly our approach is to try and give Honda all the freedom they need to make improvements on their side. In the very short time we had to collaborate on the 2018 engine there have been a few little compromise areas which we’ve tried to deal with, but fundamentally we just wanted to give them all of the support and freedom they needed to go and get on with the job, really.

“I get the feeling that they appreciated that, because there were several things they wanted to try and we supported them in that and didn’t push them to do anything particularly difficult for the chassis.

“For next year it’s a tighter collaboration, because we’re obviously starting from scratch. So with the ’19 engine and the chassis installation and all the combined systems, we’re able to discuss that very freely now.