Karam: 'I need to show everybody that I belong'

Karam: 'I need to show everybody that I belong'

This morning’s confirmation that Sage Karam is returning to the Indianapolis 500 with Dreyer & Reinbold Racing gives the 22-year-old Nazareth, Pa., native another chance to bolster his claim to a regular IndyCar seat, something he says remains “where my heart is.”

“A lot of people say you’re remembered by your last performance, and for me, this is my only race on the schedule this year so far. So for me, I come into this race thinking that I need to do well to show everybody that I belong,” Karam said. “IndyCar is where my heart is. It’s where I really do believe I belong, and in order for me to show that to everybody, I need to perform well. 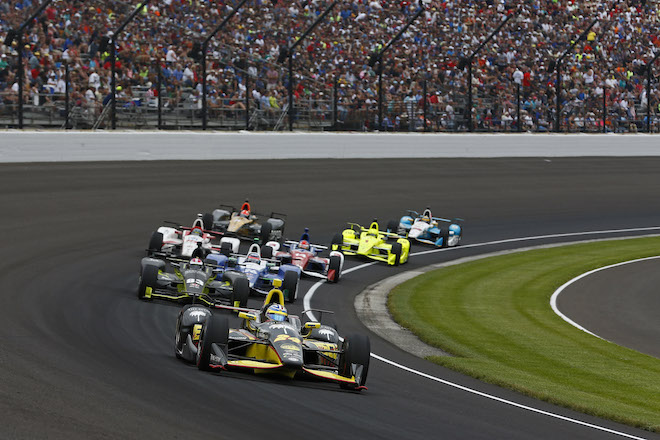 “I really do think we can do well. This will be my fourth time with the team. I’ve done it three times already as a single-car effort, and we’ve run up front, we’ve run with Penske, we’ve run with Ganassi, we’ve run alongside the Andrettis. For a one-car effort with no teammates and everything, that’s been huge for us. It shows a lot of what car Dennis Reinbold and his team puts together. They put a car together that can compete with the very best, and I’m just truly thankful that they’ve put me to the car to pilot it.

“I think we go in with a different mindset than other teams and drivers. We go through our check plans and everything a lot more slow than other teams because I’ve got to get comfortable with the car, and now we’ve got to learn the car, and it takes a little bit more time. But I think after like the second day of testing I’m back in my rhythm and the team is feeling good, and then we start working with traffic and figuring out our racecar.”

Karam noted that setup effort will be focused fully on the race, rather than for initial qualifying speed like most other teams.

“We don’t really put a lot of effort into going out and just setting the raw speed for qualifying. We spend most of our month just focusing on what our car is going to be for [race day] Sunday. I think that pays dividends for the end of the month for us and shows every year how we can qualify 20th or 30th, whatever we’ve qualified in those three years, and we’re always inside the top 10 at some point in the race, and it’s pretty early on.”

“He’s a special driver. We’ve had 37 cars in the Indy 500, and one of my favorite guys of all time to work with is Sage, because he gets in the car and there’s a calmness to him,” Reinbold related. “You can talk to him and coach him throughout the race – not really coach him but just talk with him very clearly – and he’s just great to work with because you can make some changes and make them make sense throughout the race.”

Karam reiterated his hope that his Indy run leads to additional IndyCar opportunities.

“I think every driver just wants to be racing full-time, and if you’re full-time in IndyCar, that’s the premier [level] of United States open-wheel racing. Obviously that would be something I’ve always wanted to do as a kid. But I’m really focusing on just the task at hand. If I can do the best job I can do and things go well, then I think the opportunity of being full-time will present itself later down the road.

“You know, I would love to be in a full-time seat with Dennis. I think if we can have a strong showing here, hopefully we can get more partners to come on board – maybe that’s something that will be discussed down the road.”

Reinbold agreed expanding their relationship beyond Indy would be ideal for both driver and team, and added that DRR’s plans to expand to a second car for Indy this year, with a driver still to be announced, is part of his efforts in that direction.

“Yeah, we’ve had these discussions, and that is definitely something that we’ve talked about with very great interest is trying to get back to full-time or even, to start off, a little bit part-time to get back into it,” he said. “We’ve got some opportunities out there that we’re exploring and trying to see where they go.

“Behind the scenes, I guess, we’re working on that but it needs to be a good fit. And of course my feelings towards Sage, I’m very excited about him. I think he should be a full-time IndyCar driver. I think he’s very talented and would do a tremendous job full-time in every race.”