The 2018 Club Spring Mountain Race Series is under way, and after two rounds, it’s anyone’s guess who will prevail. Ten more rounds are on the cards over the rest of the year at Spring Mountain Motor Resort and Country Club, 55 miles west of the Las Vegas Strip.

Open to all club members, the Club Spring Mountain Race Series offers categories for two types of racecars. The Light Sport Race (LSR), which is further subdivided into four classes, and a Miata Division where any current Miata, Mazda MX-5 or MX-5 Cup car is eligible. All four of the LSR classes race together separate from the combined Miata classes. The LSR1 Class is an unlimited spec class with the Wolf GB08SM Turbo being the most typical. LSR2 is mostly comprised of the Wolf GB08SM and Radical SR8. LSR3 strictly features the Radical SR3 and the LSRR class is restricted to series rookies. All cars must be approved by Spring Mountain Racing prior to entering competition.

Whether the LSR or Miata classes, club members own their own cars. LSR drivers also have the benefit of getting their vehicles prepped and serviced by Spring Mountain Racing’s own crew to ensure quality of prep and performance parity. Spring Mountain is proud to offer club members the best mechanical service as authorized technicians of both Radical Sportscars and Wolf Racing cars, with the engine shop, Powertec America, recently being named the only Radical authorized service center in North America. It’s a best of both worlds arrive-and-drive system with the pride of ownership and other benefits of having your own car supported by a turn-key operation that looks after every last detail.

Spring Mountain boasts 6.1 miles of racing surface from which more than 50 different configurations can be used. So, despite the entire racing series taking place at the club, drivers continuously face an abundant variation of circuit layouts to ensure that every race weekend presents a new set of challenges.

Thus far the Club Spring Mountain Race Series has produced some ultra-competitive racing over the first two rounds. In the LSR1 Class, Denis O’Leary and John Melsom were tied atop the points table after January’s races. 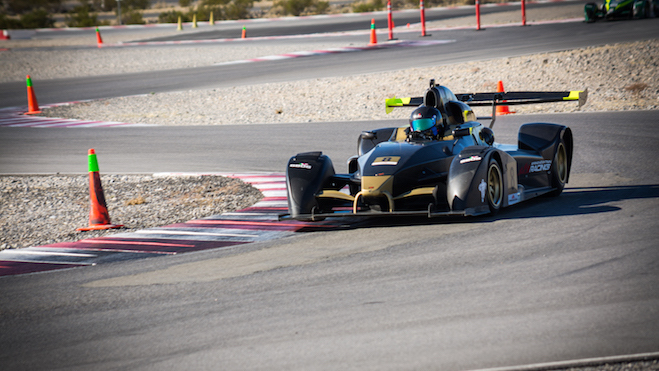 Then in February, Todd Slusher emerged with a pair of wins, two poles and two fastest laps to vault into third overall, nine points adrift of second place.

But, it was O’Leary who consolidated a second- and fourth-place finish to open an 18-point gap ahead of Melsom who scored a second place in one race, but finished out of the top five in the other.

In LSR2, Ron Eckhardt scored his third win in four starts to lead the other LSR2 class winner Bruce Jones by a sizable 58 points.

Ron Fletcher also holds a 35-point advantage over a surging Mitch Bishop, who scored a win and a second place to leap from sixth in points to second place. There are four drivers in the LSR Rookie Class, first and fourth separated by a slim 12 points after four races.

The Miata Division has seen Ron Fletcher in the Miata Class and Teddy Landau in the MX-5 Class with more than 30-point advantages. Surely, the others will look to claw back those deficits during the March rounds. Fletcher has swept all four Miata Class races while Landau has been victorious in three of the four. 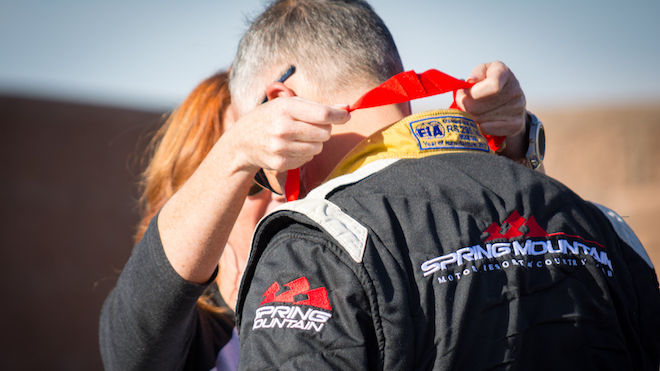 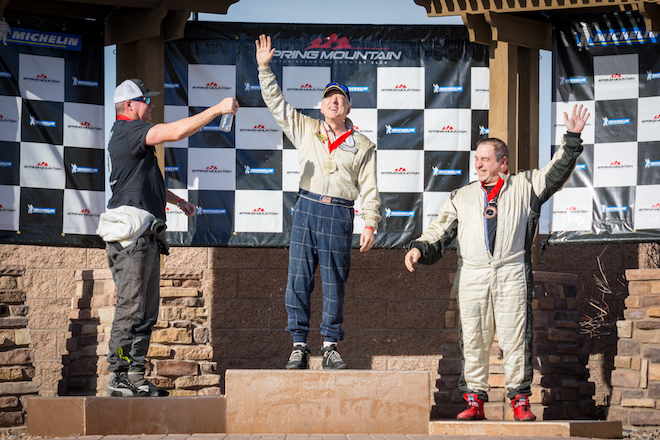 ‘The Stainless Steel Carrot’ to be made available as an eBook

Road to Indy 27m ago