“I couldn’t be more excited to kick off a new era for the GTS ranks,” stated team owner Sofronas. “The series’ adopting the complete GT4 specification of racing has done wonders for the GTS category, and I truly believe this will feature some of the best racing in the world. The new era of GT4 racing features some of the greatest marques in motorsport, and the platform delivered by Audi and McLaren has proven exceptional, especially for our driver development program.

“It’s great to have George Kurtz and everyone at Crowdstrike back. Coming off an exceptional championship season in 2017, we’re thrilled to see his return and goal to defend. Having Colin Braun as a teammate for SprintX only sweetens the program, as Colin’s reputation speaks for itself. Similarly, having Elias Sabo join us in the big ranks for SprintX should prove a great experience. Elias has shown a phenomenal development curve over the years, and this is a great way to transition to pro racing. Having another pro in Andy Lee can only help in their effort. 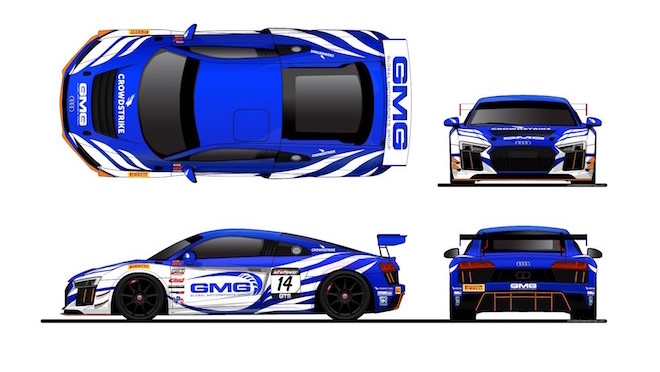 “On my end, I’m of course excited about a full-year of GTS racing, but it’s also great to have Alex Welch back with us. Alex has been a staple of the team for several years, and we’re happy to welcome him home and compete at a top-level.”

Driving the No. 04 CrowdStrike Audi R8 LMS GT4, Kurtz will enter his second full season of competition on the heels of a fantastic 2017 GTSA season. Just one year ago, Kurtz began a record run in his first full season of competition, winning nine races and visiting the podium 12 times, a feat he will look to match in 2018 with the new Audi. Adding to his efforts, Kurtz will also campaign the full SprintX championship, bringing in veteran Braun to the team for the Pro-Am category.

No stranger to success, Braun joins the team as a veteran of both GT and prototype competition, including multiple championships in IMSA and even a victory in the NASCAR Camping World Truck Series.

For Kurtz, a return to PWC is one he relishes.

“PWC has been a great platform for CrowdStrike Racing,” stated Kurtz. “We’ll run a full season with some familiar faces, like my talented co-driver Colin and the crew at GMG. Defending my championship title with the new Audi R8 will be a fun challenge, but I’m confident we’ll have another great year with PWC. Hosting our first CXO Summit at St. Pete as an official series sponsor will be a nice way to kick it all off.”

Braun is equally excited to be driving with Kurtz again.

“I’m excited to join my longtime friend George Kurtz for the SprintX rounds of the Pirelli World Challenge,” he confirmed. “I’ve worked with George for quite some time, and contributing to his growth as a driver has been very rewarding. It will be quite a tough season in PWC, but I know with GMG behind us, and how great a driver George showed us to be last year, we will be a tough pair to beat! I am excited to put the Audi to work this year, and to continue to meet and mingle with the CrowdStrike team and partners.” 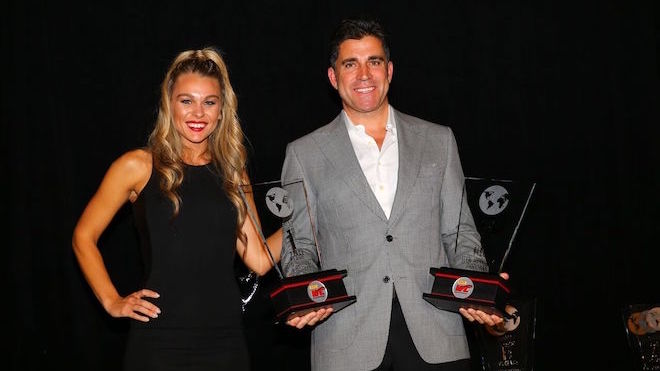 Also running full season will be the No. 14 Mobil 1 / The Thermal Club Audi R8 LMS GT4. Sofronas (above) will take to the track as a veteran of GT competition, hoping to translate his success to the GTS category.

After winning two championships in conjunction with nine wins last season, the Villa Park, California resident will arrive for his first full-season of GTS racing with strong ambitions to continue his winning streak. Also competing in the full SprintX championship, Sofronas will be joined by long-time team member Welch to compete in the Pro-Am division. Having competed in multiple race series, Welch re-joins the team having previously competed in the Pirelli World Challenge GT ranks, as well as taking part in the Rolex 24 at Daytona and Twelve Hours of Sebring.

For Welch, a return to his old home is one he looks forward to.

“It’s great to be back with GMG,” stated Welch. “The new GT4 specification delivers an excellent platform for competition and some great cars, and it’s perfect for someone like myself to return to. I’m really appreciative of the opportunity by James and the guys at GMG, and I think the two of us should prove a strong combination.”

Finally, for SprintX only, Sabo will return to GTS competition, joined by experienced teammate Lee. A staple member of GMG’s driver development program, Sabo’s progression from club racing to pro racing has been impressive, including runs at Daytona International Speedway last year, graduating to Pirelli World Challenge in 2018. With the aid of Lee, a multi-time winner in GTS himself, the duo should also prove formidable.

For Sabo, a chance to continue at the top levels if always something to be excited about.

“The SprintX championships is one I’m really looking forward to,” stated Sabo. “The platform is a great opportunity to come out and compete in, and based on the results we saw with GMG’s McLaren program last year, we know we’ll be strong. GMG has always done an excellent job of getting everything prepared and ready, and I’m sure this year will be no different. I couldn’t ask for a better teammate and coach than Andy, and between the two of us I’m hoping we can be a real contender from the beginning.”

Beyond the three entries, the team is also hard at work on some other prospective programs, with more announcements slated for the future.

The Pirelli World Challenge officially kicks off in one week’s time, with the traditional Grand Prix of St. Petersburg opening the year. Official practice begins Friday, March 9, with Race 1 on Saturday, March 10 at 5:05PM and Race 2 on Sunday, March 11, at 9:30AM.