Bottas: I know I can beat Hamilton

Bottas: I know I can beat Hamilton

Valtteri Bottas says his first season at Mercedes showed him that he is able to beat Lewis Hamilton to the drivers’ championship if he can improve his consistency.

The Finn was drafted in relatively late as Nico Rosberg’s replacement ahead of the 2017 season, and struggled at times to match his new teammate, especially in the latter half of the year. However, having also taken three victories and delivered a number of impressive performances during the season, Bottas says it is his displays at that level that give him confidence heading into his second year at Mercedes.

Speaking at the launch of the W09 at Silverstone, when asked if Hamilton is beatable, Bottas replied: “I think he is.

“He’s the toughest teammate I’ve ever had. He’s one of the best drivers ever in F1. He was the best driver last season. There’s no driver that is unbeatable. That’s what I believe. I believe in myself also. I believe in all the things I have been learning since the five years I’ve been in F1.

“I was able to show that I can do it in many races – not during 21 races every time but I know it’s there, I know it’s possible. That’s my thinking.” 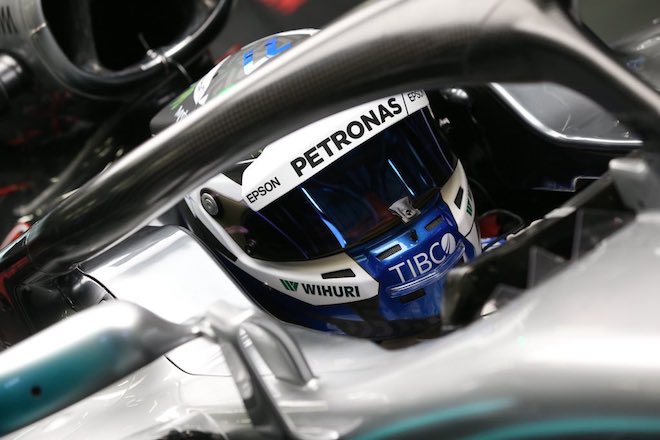 Bottas admits he has been taking a close look at how Hamilton works during the off-season in his attempts to find more consistency himself in the coming year.

“I find it’s always a benefit to watch what your teammate is doing, especially as I have Lewis as my teammate. It would be stupid to not look in very much detail. I have learned from him certain things and certain tracks. Hopefully I can use that in the coming year. For sure we’ll always keep watching elsewhere as well. In any sport, it can be the case. You should not miss that kind of opportunity.”

Like Hamilton, Bottas is out of contract at the end of this coming season, having only originally signed a one-year deal when joining Mercedes that was extended by a further year in 2017.