In RACER Magazine: How to win an IndyCar championship

In RACER Magazine: How to win an IndyCar championship

If winning the Verizon IndyCar Series was easy, everyone would be doing it. Except that in a way, everyone is. Dario Franchitti strung together three-straight titles between 2009 and ’11, but the six championships completed since the arrival of the DW12 and its various iterations have delivered five different champions.

Close competition, bulletproof reliability and a field loaded with potential race winners mean that many of the time-honored roads to near-guaranteed title success are now closed. Nobody can dominate a season anymore, and nor can they afford to win a few races and absorb a handful of DNFs along the way.

So how should a prospective champion approach their season? Scott Dixon is unique in having won titles in both the DW12 and pre-DW12 eras, and notes that the main difference he observes between then (pre-2012) and now is a higher premium on consistency.

“I think it definitely has evolved,” he says. “If you look at my first championship in 2003, I had five DNFs [from 16 races]. In this day and age you wouldn’t even be in the running for a championship if you had that. 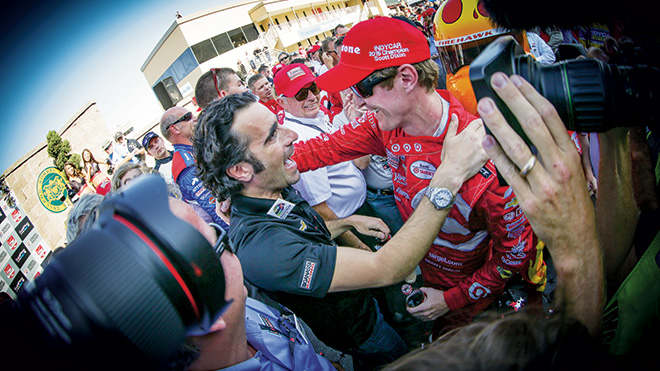 “So consistency is now the key to get what you can out of a championship. It’s definitely harder to get multiple wins in a season now, even though Simon [Pagenaud] had five wins in 2016, and Josef Newgarden had four wins last year. That’s the modern-day version of domination. So, consistency definitely becomes more of a play – and also the fact that you can’t rely on other people having DNFs because of reliability.

“But when you look at it, it still comes down to the basics. Every race you go to, you’re trying to win. The fundamentals are still the same. And then, with four, three, two races to go, you start tracking the points a little to see where your competition is going to be when it comes down to that last race.”

Pagenaud’s predilection for self-analysis helped him win the 2016 title and brought him within arm’s reach of a second one last year, before ultimately losing out to Team Penske stablemate Newgarden by 13 points. From the Frenchman’s standpoint, the parity that defines modern IndyCar racing means that everybody already has the fundamentals pretty much locked down. The quest for the last little bits that can add up to a championship advantage means going granular.

“Right now there are so many good cars, good teams, and the series has done such a good job at leveling everything that you pretty much have to work on the other things; all the other little details that are important for great performance,” he says.

“At any given time, you have to be at 100 percent, and over the course of the whole season it’s not easy to do that. With travel, and all the requirements from team sponsor appearances, IndyCar media appearances and all that sort of stuff, mentally and physically, it’s tiring.

“And all of the other details – being good on cold and hot tires; on worn-out tires; working with your crew; working with your team; reviewing how good your last race was on Monday, but then also reviewing the race from the year past on Thursday before the next race. Those are all the kinds of details that you have to work on to not leave anything on the table. And that is exactly what this era is about – not leaving anything on the table. It’s quite difficult to take care of all the little things that make you a contender at every race. It’s relentless.”

Pagenaud’s 2017 season offers perhaps the most vivid example of the extent to which a current-era IndyCar championship campaign teeters on a razor’s edge. The Frenchman completed every lap this year, with an average finish inside the top five. As his race strategist Kyle Moyer points out, “That would have won him a championship in any year – until the last couple of years.

“There’s really only one way to win a championship [now], and that’s by winning more races than the other guys. There’s not much difference between winning and second – it’s 10 points – but at the end of the day, those 10 points are huge.” 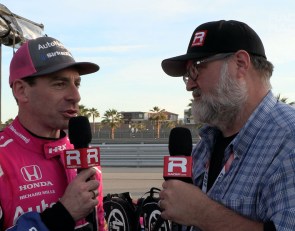