Chas Mostert was not born the last time Schnitzer Motorsport took a BMW to Bathurst. But the 25-year-old Supercars racer will start from pole position for Sunday’s Bathurst 12 Hour, after snatching fastest time in the single-car Top 10 Shootout.

The Australian was carrying plenty of pressure, with his co-drivers, BMW factory drivers Marco Wittman and Augusto Farfus, watching on from the pits.

“We were close last year but it was pretty special to actually get the pole this time,” said Mostert, who started from second in 2017. “For me, it’s amazing the boys gave me enough trust, for me to qualify the car.” 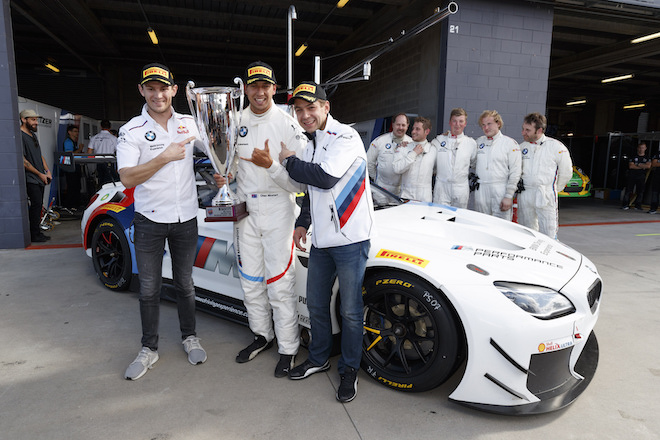 Mostert ended up 0.23s clear of the fastest of the Audis, South African Kelvin Van der Linde having set the pace for most of the Practice sessions. The 21-year-old will share his R8 GT3 with fellow Audio factory driver Frederic Vervish and Supercars star Garth Tander.

The second Audi of the two Christophers, Haase and Mies, will start third, Haase setting the time, with Markus Winkelhock the Jamec Pem team’s third driver.

Luke Youlden gave Lamborghini fans a huge boost in qualifying fourth fastest, and fastest of the AP/A combinations, in the Gallardo. With Amateur driver Sam Shahin joining Youlden, the 2017 Bathurst 1000 winner, and Tomas Enge the trio seems an obvious favourite for class honors. 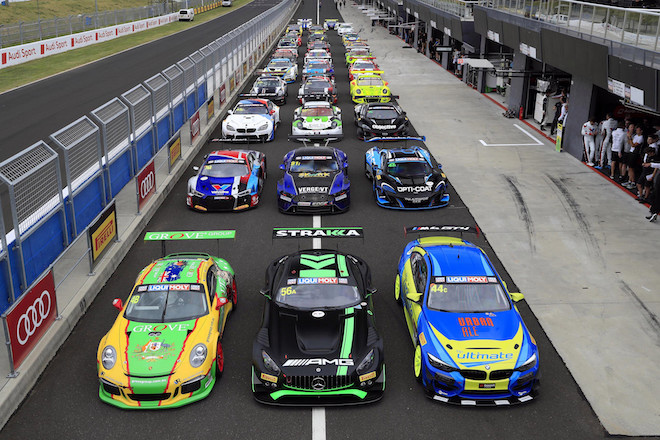 Right behind was Cam Waters, who nearly missed the Shootout. The Supercar ace and Strakka regulars Nick Leventis, Lewis Williamson and David Fumanelli were preparing to watch the Shootout from the garage after finish the regular session in 11th place, but Waters got the call-up when the SRM BMW M6 of Steven Richards/Phillip Eng/Timo Glock was found to have run too much boost during the session, and had its times disallowed.

WRT Audi is next, with Robert Frijns making a couple of errors in his Shootout lap to finish up seventh, ahead of the Shane van Gisbergen McLaren, which lacked pace in the final sector.

Steven Kane will start ninth, a minor miracle for the Bentley team. The team’s cars’ sea voyage to Australia was interrupted by mechanical woes and a cyclone, and the two Continentals only made it to the track six hours before the opening Practice session on Friday.

Rounding out the top 10 was the Matt Campbell/Pat Long/Alex Davison/David Calvert-Jones Porsche. Campbell made a big error at the first corner on his lap and from that point, focused only on getting the 911 GT3 safely around the track.

But the other Porsches are much further back. WEC and Le Mans champion Earl Bamber, Kevin Estre and Laurens Vanthoor will start 17th, while Romain Dumas/Dirk Werner/Frédéric Makowiecki will start from 25th in the Manthey Racing entry.

At least Bamber will have company; two places ahead of him will start Jamie Whincup, the seven-time Supercars Champion having problems getting one-lap speed from his Mercedes-Benz.

In the classes, Grove Racing’s No.4 Porsche GT3 Cup of Stephen Grove, Brenton Grove and Ben Barker took out Class B honors. In Class C Aaron Seton set the best time in the No.30 BMW M4 GT4 he will share Tony Longhurst with Matt Brabham. In the Invitational class the No.91 MARC Mustang of Keith Kassulke, Rod Salmon and Will Brown, which was only completed the week before qualifying, was fastest.