IndyCar to test windscreen at Phoenix

IndyCar to test windscreen at Phoenix

The first images of IndyCar’s windscreen, which will make its testing debut next week on the one-mile Phoenix oval, have been revealed.

The cockpit safety device, designed by the series and developed with Dallara, has been in the works for more than a year through the use of computer simulations, computational fluid dynamics software, and in a driving simulator. Made from a material named Opticor produced by PPG, the windscreen is said to be more durable than polycarbonates used in tests conducted by other series.

Contrasting the Formula 1-style ‘Halo’ that makes use of composite tubes that raise over the cockpit like a wishbone, the see-through IndyCar windscreen is affixed in a wraparound manner to the cockpit opening – similar to a curved motorcycle windscreen – for the purpose of stopping and diverting flying objects that would otherwise come into contact with a driver’s helmet. 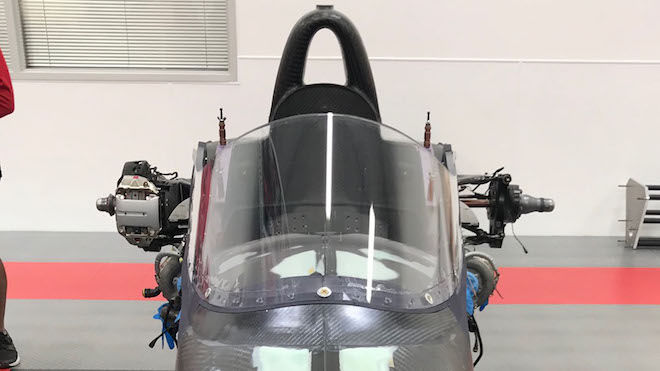 Ahead of the two-day Phoenix open test on Feb. 9-10, the device will make its first public appearance with Scott Dixon and his No.9 Chip Ganassi Racing Honda on the afternoon of Feb. 8 while IndyCar’s rookies have use of the oval. Testing the windscreen during the Feb. 9-10 tests with the entire field in action was also considered, but the eventual decision to conduct the maiden test in quieter surroundings with a handful of rookies was chosen.

“This has been a long process, one that’s been very methodical and purposeful,” said Jay Frye, IndyCar’s president of competition. “We have been striving to create a safety piece that aesthetically looks good and works in all conditions, and this is a test of those things. Any piece we put on an Indy car must work for multiple types of venues and different lighting conditions. It has to be versatile.” 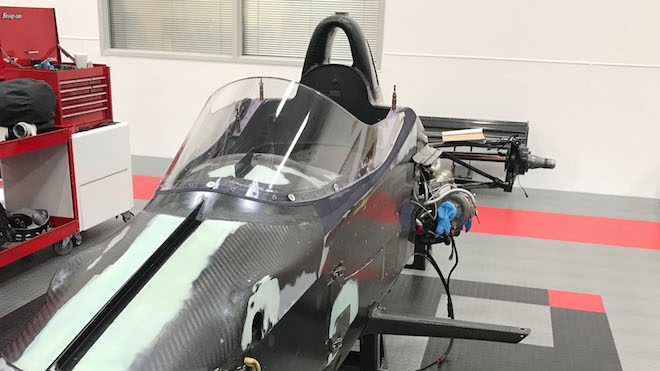 Shown in the images, the windscreen has been attached to the Dallara DW12 tub using flush screws and large-area washers on a secondary piece that sits atop the chassis [see image below].

The creation of IndyCar’s windscreen comes in the wake of Justin Wilson’s death at the 2015 Pocono race, where he was struck in the helmet at nearly 200mph by the detached nose from a crashed car. The randomness of Wilson’s fatality, along with the 2011 death of two-time Indy 500 winner Dan Wheldon, whose exposed helmet struck a steel pole in a violent 200-plus mph crash on the Las Vegas oval, have led to the windscreen’s development behind closed doors.

“I know it’s been a heated debate on whether cockpit protection is needed, but I really think it’s critical, knowing my past, knowing what I’ve been through, but also as a driver as well,” said Andretti Autosport Indy 500 driver Stefan Wilson, the younger brother of Justin Wilson. “We all accept the risks, accepting those risks, but I think by protecting the cockpit, it’s not going to eliminate the danger but it puts control back in the driver’s hands. When we’re racing, we accept that if we make a mistake, we lose control, then we have that control of how far we can push it and how close we get to that danger.” 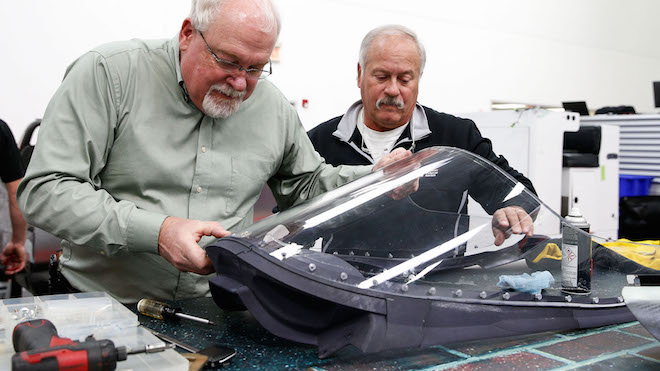 Along with his brother’s fatal accident, Wilson pointed to the helmet strike incident suffered by Henry Surtees in 2009, when he was fatally injured after being hit by a flying wheel.

“What happened in Justin’s incident and Henry Surtees’ incident, it was completely out of their control,” Wilson added. “They had zero control over it – wasn’t their mistake, it was a fluke piece of debris that took their lives. This isn’t the kind of risk we’re talking about. It’s important to take that next step where we can eliminate that randomness of being killed by a piece of debris. It’s important enough to push for this added safety. The approach IndyCar is taking is the best route so far.”

A timeline for the possible use of IndyCar’s windscreen in competition has not been established.