The GT classes and GTS classes in Pirelli World Challenge have had their big makeovers as they switched to homologated GT3 and GT4 cars; now it’s Touring Car’s turn. While the Touring Car class will look similar to last year’s, it’s the new TCR class that’s bringing a major change.

“We expect five different brands on the grid at Circuit of the Americas,” says Jim Jordan, who is transitioning from being the Touring Car class manager into a new role as director of Marketing and Communications for World Challenge. “Somewhere between a dozen and 15 cars is what we’re estimating. The brands that we can talk about are Alfa Romeo, Audi, Honda and Volkswagen, and among those brands there are going to be some pretty cool names and teams running.”

Another manufacturer is expected to be announced at the Chicago Auto Show in early February, with several announcements happening between now and then. One recent announcement for TCR was that FCP Euro would be entering two Volkswagen GTI TCRs in 2018 for Michael Hurczyn and Nate Vincent, both employees of the online European car parts retailer. Further announcements are expected to involve well-known teams from other series adding World Challenge to their extensive motorsports portfolios.

TCR cars, specifically the Audi RS3 LMS, were allowed in Touring Car in 2017 in a detuned state. Paul Holton won the TC championship in an RS3 for Compass360 Racing. Berg Racing and S.A.C. Racing also ran Audis throughout the season. That experiment was a learning opportunity for the series.

“Our experience taught us a lot about the performance level of these cars. It’s put us in a good position for a strong 2018,” says Jordan.

IMSA is welcoming TCR cars into its Continental Tire SportsCar Challenge series this year, and cars can switch back and forth fairly easily with a change of tires, graphics and a change to the ABS, so teams that may not start at COTA may join later on. 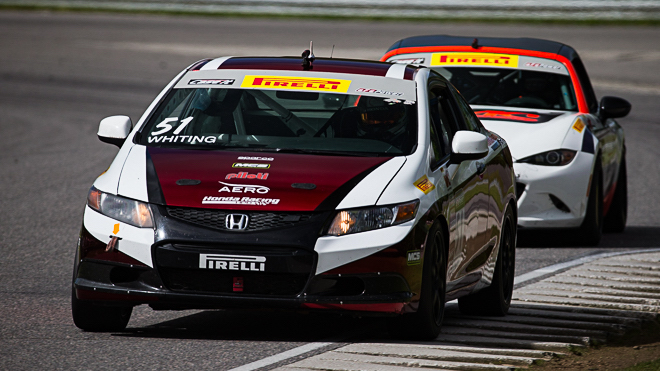 “We’re working with the manufacturers and the TCR folks in Italy on how to seamlessly go back and forth between the two configurations. We’re obviously trying to make it as easy as possible to allow teams to run both series. It wouldn’t surprise us if we see 20 cars by the end of the season,” Jordan adds.

The Touring Car class will look pretty familiar, minus the TCR Audis. Jordan says he expects BMW 235iR cars to make up the majority of the field as it did last year, with some Nissan 370Zs thrown in and one other unannounced brand coming in with a higher-performance version of a car that has raced in another class.

TCA will also look similar to 2017 after the series welcomed the fourth-generation Miata-based Global Mazda MX-5 Cup car and the new Honda Civic last year. However, teams that were running the Scion FR-S are likely to switch to the Subaru BRZ version – Tech Sport Racing is already building some – thanks to the company posting contingency for the series. It’s one of several moves that indicate the class is strong, and one PWC considers important.

“Subaru posted contingency, Honda’s got a robust program, Mazda is going to have a tech guy on site supporting the program at all the races,” Jordan says. “It’s likely we’ll see a TCA Volkswagen effort as well. We’re excited to have four different brands represented. We especially enjoy the factory support programs, manufacturers making it easier for out teams to compete.

“Doing that, in theory, increases the number of cars that come out. When there’s money to win and there’s the support that the teams require, it makes it a good place to race. Our philosophy is to keep TCA as the best entry-level pro class, so we try to keep those cars relatively easy to build or buy and race at a cost point that someone wanting to dip their toes into professional motorsports, there is a place to do that. Because of that, we consider TCA one of the most important classes in pro motorsports, because it gives a young driver or a new team a place to go.” 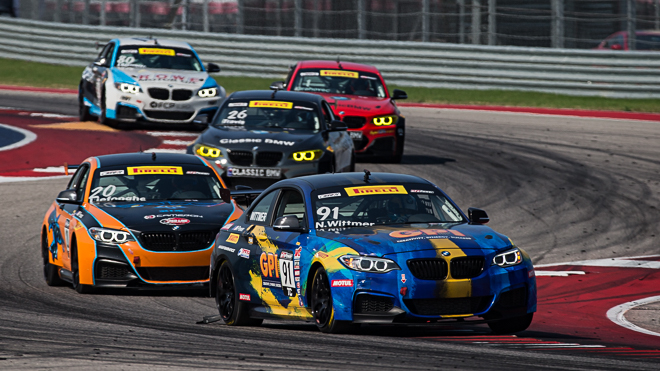 The format that the three classes will race in isn’t set, but at short tracks TCR and TCA will run together, and Touring Car will have its own race. Whether all three will be combined at longer tracks such as COTA hasn’t been determined. Jordan notes that because of Touring Car’s size and historical significance, that class will always run alone when the three groups are split.

The 2018 Pirelli World Challenge Touring Car season begins at COTA on March 23-25, two weeks after GT and GTS get their season started at St. Petersburg. Touring Car classes will run on World Challenge headlining weekends at Lime Rock Park, VIR, Portland, Utah and Watkins Glen, with a doubleheader each weekend.