INSIGHT: The road to a Roval

INSIGHT: The road to a Roval

How the Charlotte Motor Speedway road course came to be is “funny, actually,” according to Marcus Smith.

Charlotte already had an infield road course, but it was not up to modern standards and hardly used. However, Hendrick Motorsports likes to have corporate play days with their partners and with the courses in Las Vegas and Sonoma booked solid, a conversation between Hendrick and Bruton Smith kick-started what will be a history-making event this September when Charlotte hosts the first road course race in the playoffs.

“We started designing and building just an upgraded infield road course [after Hendrick and Smith talked about using it], and we did a great job with that,” Marcus Smith, the president and CEO of Speedway Motorsports, Inc. told RACER.

“It’s fantastic. It’s part of the Roval design, and as we had it built out and did a lot of testing on it, had a lot of feedback on perfecting it, I was hearing a lot of talk among fans and drivers and media about this idea of having a road course in the playoffs. And I heard people talk about [how] there’s too many mile-and-a-halfs in the playoffs, maybe we should change a little.”

The answer, decided Smith [below], lay just outside his office window.

“I thought, you know what, this Roval is circuit is fantastic, maybe we could just use this,” he said. 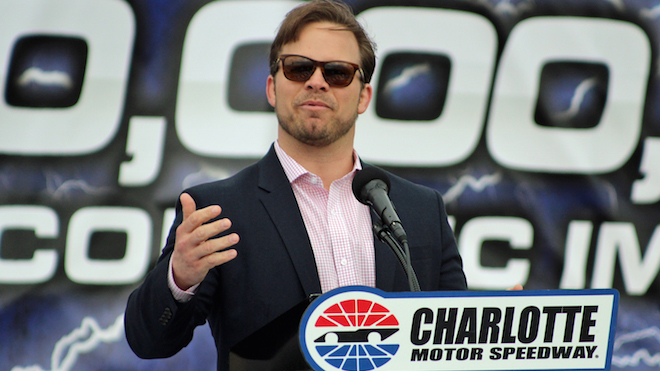 Consulting with the speedway’s head of operations and development, Smith then laid out the challenge to his team about what it would take to host the Monster Energy NASCAR Cup Series on the road course. Work began quickly, but Smith points to it all starting because of his father and Rick Hendrick wanting to upgrade the infield.

Monday afternoon, Smith showed off the completed layout that includes 17 turns over 2.28 miles. There are chicanes and rumble strips. Elevation changes throughout the infield portion of the course will also keep the field on its toes.

From the track’s standpoint, the project was a labor of love. Numerous drivers gave early feedback, including four-time Cup champion Jeff Gordon, Jeff Burton, Max Papis and even Mario Andretti. Little details extend all the way down to the addition of synthetic turf off the oval’s Turn 4, near the last chicane on the frontstretch.

“We take everything we do very seriously, and we want to exceed expectations for all the stakeholders when we do something, and I think that’s been the tradition of Speedway Motorsports, whether that’s been at Charlotte Motor Speedway for the last 58 years, or any one of our other speedways,” said Smith. 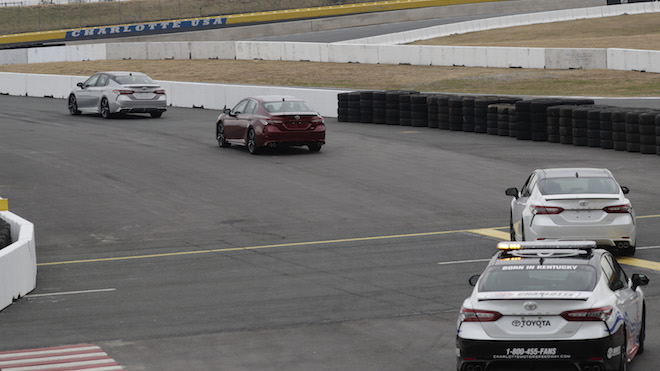 “We’ve tried to design and build speedways that are above and beyond expectations, and it’s no different with the Roval design and build-out. We absolutely want it to be a world-class road course that everybody will be impressed with and excited to watch.”

According to Smith, there have been no cries of resistance, and as of late last year, Smith said ticket sales “are ahead” for the race weekend. Not that Smith was worried: road courses are in favor, and he’s happy to give fans another one.

As for the course itself, the two chicanes came about after feedback from drivers, manufacturers, and Goodyear. The frontstretch chicane, Smith believes, will provide a last-chance passing opportunity, particularly on the last lap.

And let’s be honest, there also has to be a sense of pride for the Smith family, because once again, it’s making a mark on NASCAR.

“You know, I guess it’s part of my training from my dad,” he said. “[He] likes to always out-do himself. He loves to build speedways that fans love, and drivers and teams love and are impressed with, and we wouldn’t do it any other way. We want it to be fantastic for everybody.”