The Verizon IndyCar Series, Chevy, and Honda are close to developing the next set of engine regulations, and with those rules in the works, both brands have agreed to step back from the full slate of motor development options available this season.

The decision comes during a year where, without the intentional change, Chevy supplier Ilmor Engineering and Honda Performance Development would have been allowed to make costly updates to their 2.2-liter twin-turbo V6 motors. Based on the current engine formula introduced in 2012, odd years like 2017 called for highly restrictive R&D allowances while even years have given Chevy and Honda freedoms to replace cylinder heads, turbos and the induction system, camshafts, and other core pieces.

In light of the pending next-generation engine rules, all three parties have come together to stick with the limited odd-year R&D plan until the new regulations are implemented somewhere around 2020.

“When we agreed over the summer that we were going to look at a new engine a couple years from now, we collectively agreed to limit the amount of development that’s going on to the engines right now because they are getting, I’ll say, old,” HPD race team leader Allen Miller told RACER.

Where pistons and valvetrain have always remained open for development, the odd-year options with new connecting rods and fuel injection upgrades will stand as the primary areas for Ilmor and HPD to exploit until the next formula hits the track. 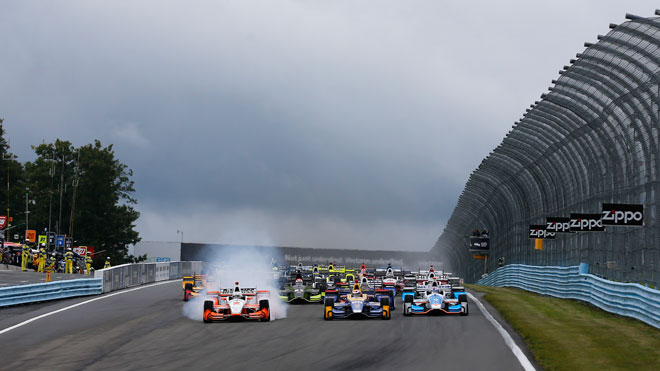 The 2018 season marks the seventh year in action for the 2.2-liter TTV6 formula, and with untold millions already invested in finding more power and reliability from the mills on an annual basis, Miller says there isn’t much left to discover without breaking the bank.

“So, on both sides, we are spending a lot of money when we go back through and try to do new cams or new intake ports or a new induction system,” he added. “How much more can we squeeze out of this without changing some of the other major components? We’ve come up on the design limitations or exceeded in some cases.

“Originally, we expected four years with this formula, then something new for the fifth. We are going into the seventh year of competition for this engine. They were never intended to run at the power levels we are seeing now, that we’ve increased to now. So we looked at it and decided for the next two years until we do a new engine, let’s hold back on the amount of development that we can do, and not waste money.”

“Everything we do, we try to be smart and frugal about it,” he told RACER. “You can see where we’re going, you can see what we’re doing, and [the manufacturers] know where to spend and when. Everybody has a finite amount of dollars to use, so we just want to make sure we’re very conscious of that.”

Even at the limited development level, Miller has concerns about reliability as the engines creep closer to 800hp in the coming years. A chance to start from scratch will, as he explains, be a sigh of relief for everyone.

“We are definitely looking forward to being able to introduce a new engine because the level we’ve brought the engines to now, it starts causing problems,” he said. “We are on a pretty fine line of being OK or not OK, and every time we creep it up a little bit more, there’s risk. We will continue to do the carefully guarded improvements that we can do with the limited areas to work on. We are not stopping that.

“And we want to keep the racing good and clean and have the engines reliable so teams can race. It’s a good thing, although it doesn’t let us do the kind of work you’d like to do every year, but we can focus on looking at a new engine and what we can do there.”

At least for what’s been discussed on the timeline for bringing the new engine rules into play, if a third manufacturer joins the series, 2020 would be the target. If it remains at two, it will likely be extended to 2021. Once a hard date is set, manufacturers can be expected to start shifting budgets toward IndyCar’s future engine formula.

“It’s pretty far along, so we have an idea of what it will be,” Miller said. “Obviously, when we start looking at it in more detail once, because we have a good idea of what it’s going to be, our work will gradually shift over to a new engine.” 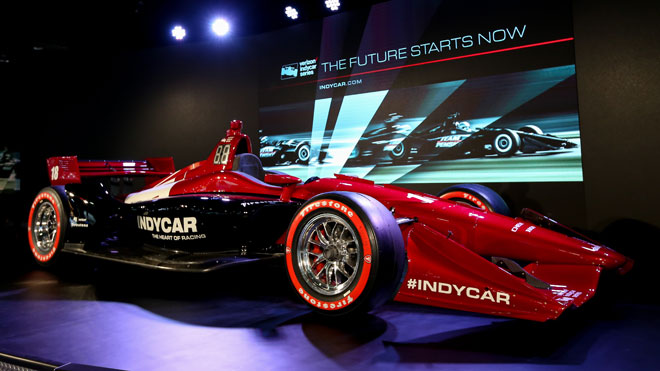 With horsepower spikes being kept in check, 2017’s performance figures – not to mention the comparative strengths of both brands at various tracks – could carry over to some degree this year. Although wild gains in the dyno cells are on pause, Frye is confident the aerodynamic drag reduction offered by the UAK18 aero kit will act like free power for Chevy and Honda teams.

“Really, the biggest thing going into this year is the new car, and if you listen to all the drivers’ comments that we’ve got back so far, it’s that the car feels like it’s got 100 more horsepower,” he said. “The car accelerates better, the car – the lap times have been fast, and part of that is obviously because the car has less drag.”

News of the next engine rules could be forthcoming in the weeks ahead, and one mutual agreement – and one slogan – has emerged.

“We hope to have some sort of news on this early in the year,” Frye said. “And we are in agreement that the power piece is what’s next in the equation. Everybody wants more power, so that’s what we’re working on giving our fans with this plan. ‘Fast and loud,’ brother, that’s the thing we’re going for.”