McMurray not ready for retirement talk

McMurray not ready for retirement talk

Jamie McMurray does not have a timetable for retirement. In fact, he doesn’t even think about it except when external events bring the subject up.

“What makes me think about it is when I run into my friends,” Chip Ganassi Racing driver McMurray said Tuesday afternoon at the NASCAR Hall of Fame.

Friends like Greg Biffle and Matt Kenseth (pictured at left, above, with McMurray). After he parted ways with Roush Fenway Racing following the 2016 season, Biffle never found a ride. Kenseth came to accept his same fate after learning midway through 2017 he was being replaced at Joe Gibbs Racing.

At 41 years old, McMurray is going into his 16th full season in the Monster Energy NASCAR Cup Series. As for how much further he will go, McMurray will only say how he wants to go out on his terms.

“Sad is not the word, but it’s kind of sad. I ran with Matt [Kenseth] on Monday, and we’re running through the woods and just kind of talking, and it’s sad that Matt’s not going to be there [this] year,” McMurray said. “Dale [Earnhardt] Jr. doesn’t quite hit home for me as much because I wasn’t as close to him, but Biffle was someone that back in the days at Roush, Matt and Greg and I were all really tight, like our families, everybody.

“And I still see Greg at school two or three days a week when we pick our kids up. So, it’s sad, yeah. You see a group of guys that you raced and they are slowing kind of retiring.” 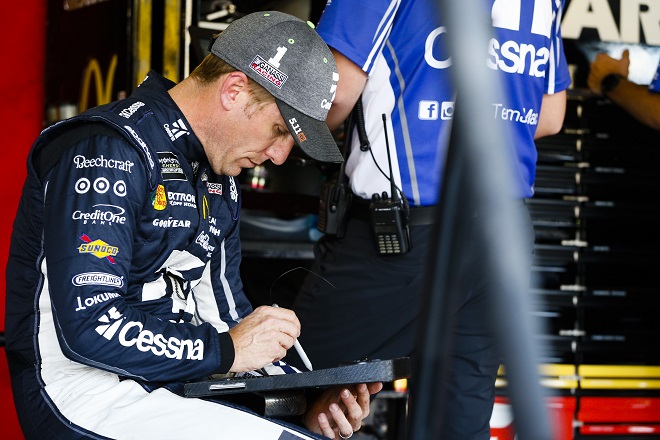 McMurray admits he will continue to race only for as long as he is competitive. He says he works harder now at all the small things to be a better driver than he ever has before, and that he is also more physically fit than at any other point in his life. Not that his increased attention to health and fitness is going to prolong his career.

“It might allow you to recover quicker if you get injured, but my thing is, I just want everyone to know I’m doing everything I can,” said McMurray. “That’s part of the reason I’ve worked so hard on my fitness.”

On track, McMurray had one of his best seasons last year. With 17 top-10 finishes, he came close to reaching his career-high of 23 in one season [2004]. His 14.6 average finish was also just short of a personal best. In making the playoffs with CGR teammate Kyle Larson, the company further showcased its growth into championship contenders. 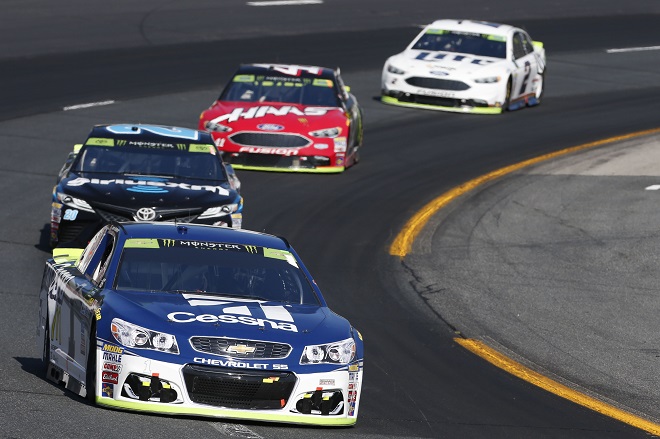 A switch to the Chevrolet Camaro makes this year just as important, says McMurray. However, the silver lining for him in all CGR’s recent success is how the company knows why they are succeeding.

“I think this year will be really good, just based on the little bit of testing we’ve done so far,” he said.

How good? Success has had confidence rising within CGR.

“I think that starts from the bottom to the top, and it doesn’t matter what department you’re in; I think everybody is more confident,” McMurray said. “You view your season or goals more differently right now than what you did a year ago, or two years ago, and what you consider a successful season or not a successful season. Just walk through our shop and talk to anybody, the confidence level or the enthusiasm is different. Everybody has really big goals.”