PEARN: Party time is over

PEARN: Party time is over

Cole Pearn is crew chief for the 2017 title-winning No.78 Furniture Row Racing Toyota.

It’s been almost two months since Martin Truex Jr and the rest of us at Furniture Row Racing celebrated winning the NASCAR Cup Series championship at Homestead, and it has all been kind of a whirlwind.

By the time things calm down and you want to start reflecting it’s time to go back at it again, so the opportunity to enjoy your success goes by in a hurry, for sure. But it’s something you hold with you for the rest of your life.

Our workshop in Denver didn’t go dark for long during the break. We kind of shut down for the week of Thanksgiving, and then we had the week with the banquet in Vegas, and then we were back at it. So the shop has pretty much been open since then. There’s so much to get ready for next year, and so many hours and so many days to do it in, that you’ve really got to make use of all the time that you have.

Those two weeks immediately after the season ended were a lot of fun and kind of a flurry of championship celebrations, but even as we’ve been back to work there have still been events here and there. That helps you to process your success a bit more, and maybe enjoy it a little more at times. You’re back to work, but you’ve got a smile on your face while you’re doing it.

But one thing I have noticed is that going back to work as defending champions feels totally different for us as a team. During the season you prepare yourself mentally to have the championship not work out, so you’re prepared to keep on pushing. But now, having had it work out and knowing what the other side is like… it’s a huge deal for us, and it gives you that little bit of relief to know that you can do it; you don’t have to answer the questions about whether you can or you can’t, and can just focus on trying to do it again. 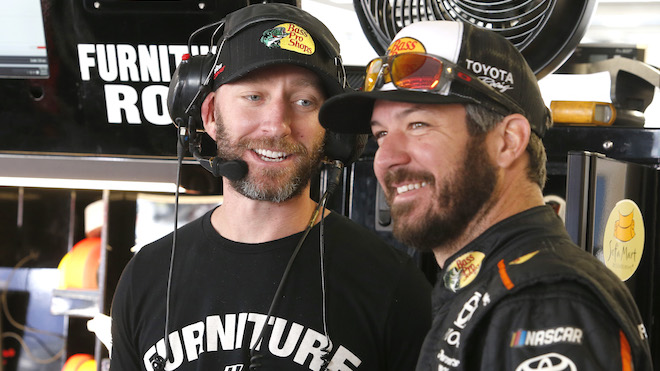 And you always get questions like that, from the outside, and also from yourself. Especially with this format; it’s so hard to make it through the elimination format and then be able to win in what’s essentially a one-race championship at Homestead. It’s very, very difficult to have that go your way. And when you have as good a season as we had, being able to close it off the way we did is such a great relief.

You sometimes hear people talking about momentum. As good as last year was for us, I don’t know whether momentum is really a factor. It’s more about confidence – confidence in your program; confidence to keep working in the direction that you were. I think we’re a really grounded group, so for us it’s just about staying focused on the task at hand.

And really, outside of that confidence, I think there’s a limit to how much we can carry forward from last season. You want to be careful about getting caught up too much in the past. A lot of our work now is about looking forward at the rule changes we’ve got and the different things we have to deal with this year, and trying to get our hands wrapped around them and be ready to go.

The 2018 season will be a different animal to what 2017 was, and we’ve just got to go and try to figure it out. NASCAR is going to a different splitter design this year, and the template system is changing to a scanner, so a lot of how we did things in the past will be very, very different. For what is essentially not much of a rule change in terms of the body itself, understanding how to hang bodies and fit within the rules will be a lot different than how we’ve done things in the past, and getting that locked down will definitely be a big challenge during this off-season.

So the next few weeks will be busy. This week we had a two-day Goodyear tire test at Texas, so probably the busiest part of the holidays up to this point was getting a car built and preparing for that test. Now, it’s all about building cars for Daytona and getting ready for the start of the season. Hopefully we’ll have something to celebrate again in Miami in November. 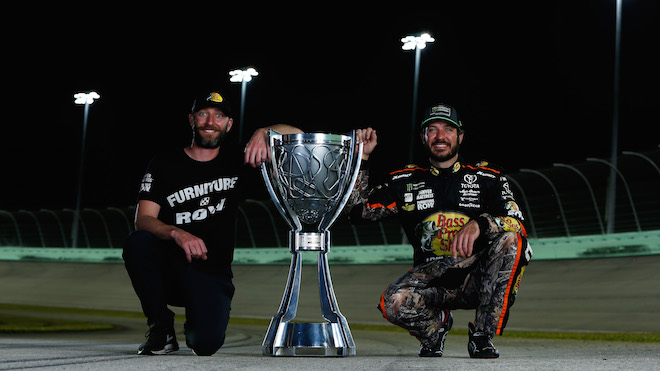