The Verizon IndyCar Series will balance the scales of inequity for teams and drivers who were not part of 2018 universal bodywork testing conducted by Chevy and Honda.

Complaints from those who sat on the sidelines during the manufacturer testing that concluded last week at Sebring have been assuaged by a granting of an extra day – five hours of on-track time – leading into their first private test day with the UAK18 bodywork and electronics installed.

“There are many reasons that manufacturer testing shook out like it did, and the manufacturers were the ones to decide who they invited to their tests, but we as a series also want things to be as fair as possible for our teams. So we’ve come in and made an addition to next year’s private testing plan,” IndyCar competition president Jay Frye told RACER.

“What we’ve done is given the teams that weren’t part of those tests a chance to do five hours of running, a shakedown, basically, at wherever they’re going for their first test with the universal kit. They’ll also have two sets of Firestone tires to use.

“And that day is to be used before they start testing with the car, so, for example, if a team was going to Sebring on the 10th of January, now they can run for five hours on the ninth.” 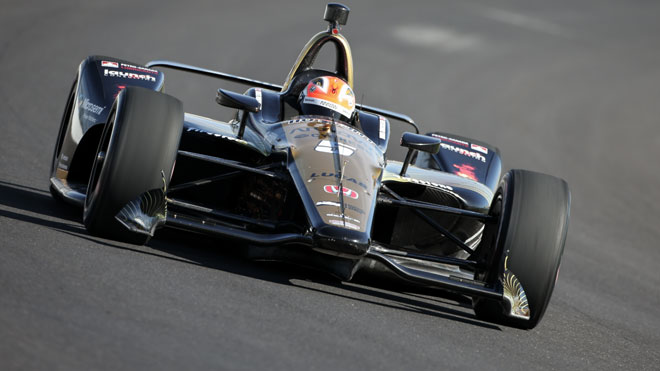 Being in the awkward position of trying to address a shortage of offseason testing by teams like Andretti Autosport, Dale Coyne Racing, Rahal Letterman Lanigan Racing and a few others is something Frye says was handled swiftly among IndyCar and its teams.

“There were some who were more outspoken than others about not being out there for the manufacturer tests, but the plan we proposed to compensate for some of it was dealt with pretty easily with the teams,” he added. “We looked at the amount of time you’d usually get during an official test day – which is six hours, give or take – and proposed five hours the day before their first [UAK18] test to get any bugs out. Make sure the car and the new Cosworth electronics are working fine before they spend one of their regular private test days. Being fair and trying to make the best of the situation is what we’re going for, and the feedback we’ve gotten so far is it has been achieved.”