Having completed the championship trifecta of clinching the PWC Team, Manufacturer and Drivers’ Championships two seasons ago, Parente will seek his second series championship under the K-PAX Racing banner starting in March.

Parente will compete in the No. 9 K-PAX Racing Bentley Continental GT3 – a team switch that was announced in early-December.

“With the addition of Bentley, we are pleased to have Alvaro returning to K-PAX Racing for the 2018 Pirelli World Challenge season,” K-PAX Racing team owner Jim Haughey said. “The series grows more competitive each year, and we are excited to have Alvaro back in action – a driver who has brought great success to our team over the past two seasons.” 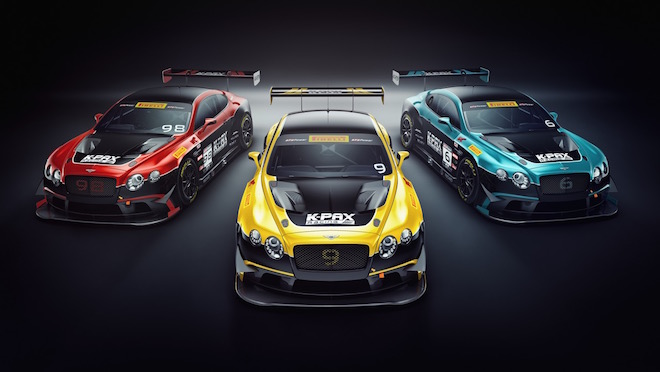 Having only been familiar with one track on the Pirelli World Challenge schedule his debut year, Parente was quick to add to K-PAX Racing’s storied history. He has 10 wins and 18 podiums in two seasons with the team. K-PAX Racing program manager Darren Law said he is “extremely pleased” to continue the team’s relationship with Parente.

“I have spent most of my motorsports career as a driver, and I have driven against and with some of the best drivers in the world,” Law said. “After spending the last two seasons with Alvaro, I am very confident in saying he is for sure one of the best. He has the speed, the race-craft and the judgement that you want in a driver.”

In 2017, Parente captured four wins and nine podiums, including victories in the first two GT events of the season at St. Petersburg and Long Beach. He also swept the Mid-Ohio Sports Car Course weekend by earning pole position and taking the checkers in both races.

Reflecting on last season’s most triumphant moments, Parente said he owed his success to his crew.

“We won the championship our first year together and finished second [in Sprint GT] this season,” said Parente. “The results are great because the guys are really good. The professionalism and the way we work together has been fantastic, and that’s one of the main reasons why I’m coming back. I feel we all work in the same direction, and it’s such a hard-working group of people that do the job well with the same ambitions as me.

“Jim is also one of the reasons why I am coming back. I want to keep working with him. He loves racing and loves to do well. I love that spirit. I’m happy to be working with Jim again.”

The Continental GT features certain nuances that Parente did not see with the McLaren 650S GT3 – predominantly it being a right-hand drive car. Highlighted by Bentley’s 4.0-liter, twin-turbo V8 powerplant, Parente said he is confident that the team will release its full potential.

“That should be interesting,” said Parente, who has raced McLarens the past five seasons. “It’s a big change in terms of driving the car on the right-hand side. I hope I’ll adapt quickly to that situation and that it won’t be complicated.

“The rest is me and the team working hard to learn about this new car. The biggest thing is setup, making the car comfortable for me and making it as quick as possible. I think that’s something we do well at K-PAX Racing. Adapting quickly will be the trick for us, it’s extracting the maximum potential out of the car setup-wise, and I think we have the right ingredients to do that.”

K-PAX Racing will announce its second full-time driver for the 2018 race season at a later date. 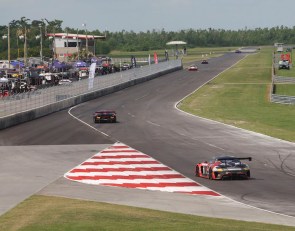 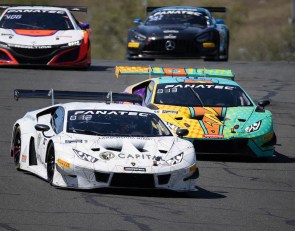