Robert Alon’s IMSA career has taken its third turn in as many seasons and for 2018, the Californian will make the Prototype class his home with Simon Trummer in the No. 85 JDC-Miller Motorsports ORECA 07-Gibson.

“We have known Robert for a long time now and have always wanted to include him in our program,” said Church, who previously fielded Alon on Mazda’s Road to Indy. “We saw how tough to beat he was in Prototype Challenge so we are thrilled to have him on our side. Robert has shown that he can win races and his performances in qualifying have always been particularly impressive. I expect him and Simon to be very strong and to be able to contend for podiums at any race we go to.” 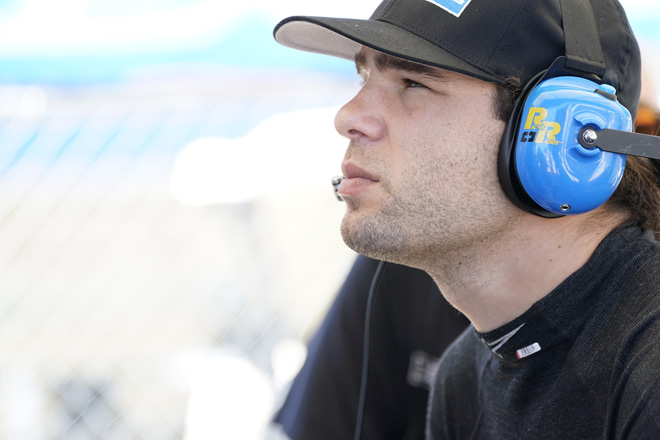 For Alon (above), teaming with a proven ace like Trummer and having the sister No. 99 GAINSCO/Bob Stallings Racing/JDC program under the same tent will be a big boost on his Prototype debut.

“I always had the goal of running in Prototype and have stayed in contact with John throughout the years,” he said. “JDC is coming off of a very competitive debut in Prototype where I watched them regularly compete for overall wins. With the expansion to a two-car program for 2018, it just felt like the right time to move up and do something together. When I tested with JDC earlier this month in the ORECA 07 LMP2, I felt right at home. The ORECA is a great car and I’m sure we can be competitive in 2018.”

Endurance drivers for the No. 85 remain the only aspect of the JDC effort left to announce.