IMS Museum honors 50 years of Camaro, engines of the 500

IMS Museum honors 50 years of Camaro, engines of the 500

Two new exhibits at the Indianapolis Motor Speedway Museum are paying tribute to “heroes of horsepower” and a fixture at the front of the field.

“Incredible Engines of the Indy 500” honors the power plants behind the famous engines that have taken part in the legendary 500-mile race. The exhibit showcases the engines themselves along with the masterminds who designed them. A hands-on parts display will offer the chance to learn more about what made an Offenhauser go.

“We are pleased to give our guests the opportunity to learn about the great engines of the Indianapolis 500 and the Hall of Fame designers who enhanced performance in the machines that finished first at the Brickyard,” said Betsy Smith, executive director of the nonprofit Indianapolis Motor Speedway Foundation which operates the museum. 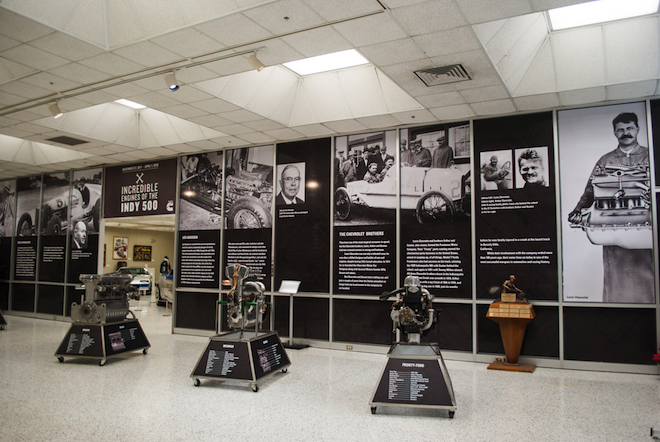 The second exhibit, “Camaro: 50 Years of Setting the Pace, presented by Bill Estes Chevrolet,” gives visitors an up-close look at the Camaros that have served as the official pace car at the Indianapolis 500 and Brickyard 400.

Among the cars on display are the first Camaro pace car, a 1967 convertible from the first model year of the new “pony car,” the orange-and-white 1969 SS convertible, the Z28 Camaro that paced the 1982 race won by Gordon Johncock and the SS editions that led the field for the 100th anniversary race in 2011 and 100th running in 2016.

Both exhibits will remain open until April.

For more information on the IMS Museum, visit indyracingmuseum.org. 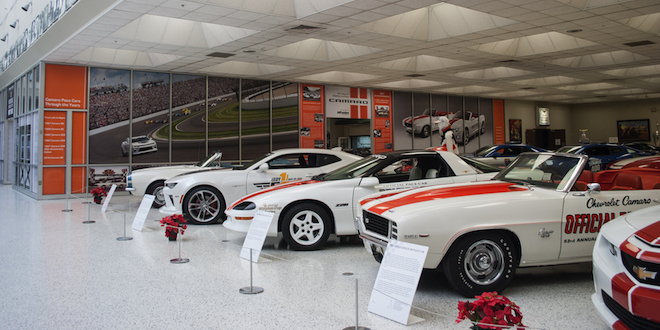