Pfaff Motorsports moves up to PWC with Hargrove

Pfaff Motorsports moves up to PWC with Hargrove

Pfaff Motorsports is moving up from the Porsche GT3 Cup Challenge to a two-car, two-class effort in the Pirelli World Challenge for 2018. Driver Scott Hargrove will be accompanied by a Porsche factory driver in SprintX events and Orey Fidani will drive a Porsche Cayman GT4 Clubsport MR in the GTS-A class.

Hargrove (pictured below), the 2017 IMSA Porsche Ultra 94 GT3 Cup Challenge Canada by Yokohama champion, will compete in the five 50-minute GT Sprint races and will be join by a Porsche factory driver for the remaining five SprintX races; that driver will be named at a later date. 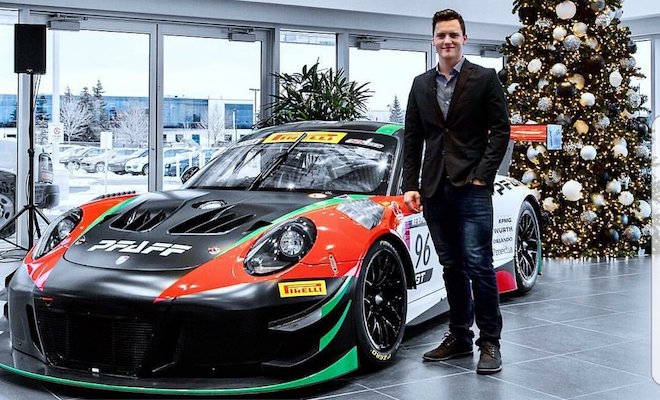 “The 911 GT3 R is a completely different animal to the 911 GT3 Cup that we are used to racing,” said Steve Bortolotti, manager of Pfaff Motorsports. “It has been built specifically for endurance racing around the world, with predominately carbon bodywork, and breathtaking aerodynamics. It also demands a whole new level of precision in its setup, with far more adjustments possible when compared to the GT3 Cup cars we previously prepared.

“We’re thrilled to take this next step, and with the support of Porsche Motorsport North America alongside us, I’m confident in our ability to get the most from this platform.”