The Formula 4 United States Championship Powered by Honda will feature 17 races and expand its official series tests from one to three in 2018. F4 U.S. opens its third season at Virginia International Raceway in April, along with the Pirelli World Challenge, for the first time and will close out its season at Circuit of The Americas in October with Formula 1 at the United States Grand Prix.

The schedule announcement was made during a press conference held at the Performance Racing Industry Trade Show in Indianapolis.

The entry-level, cost-contained open-wheel series has gained interest from teams and drivers from across the world since its 2016 unveiling, averaging 32 cars per race weekend in 2017.

“New teams from around the world have purchased cars to compete in 2018, creating even more competition within the field,” said SCCA Pro Racing Vice President Steve Oseth. “Even with the addition of F3 Americas, we anticipate the F4 U.S. grid size to maintain the high numbers we saw in 2017.”

The tight turns and intense elevation changes of Road Atlanta will challenge the F4 U.S. field during the Formula Drift weekend May 10-12. The series breaks from race-weekend action and travels to the newly FIA-accredited Pittsburgh International Race Complex June 11-12 for the final series test of the season. The schedule picks back up at the end of the month as F4 U.S. visits Mid-Ohio Sports Car Course with Formula Race Promotions June 28-July 1.

The next two events take the series back to Pittsburgh International Race Complex with Trans Am Aug. 3-5 and to New Jersey Motorsports Park Sept. 14-16 with FRP. The championship concludes at COTA with F1 during the USGP Oct. 19-21. 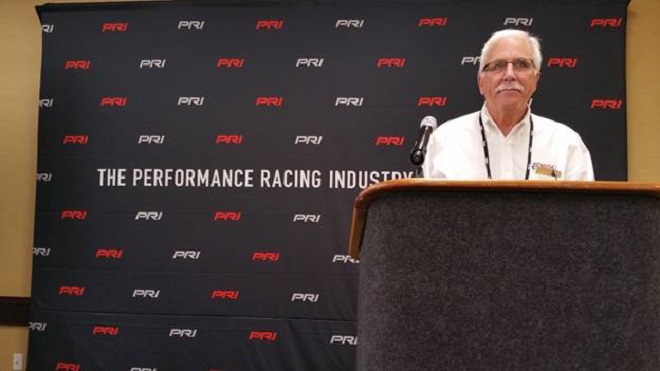 During the press conference, Oseth (pictured) detailed the restructuring of the end-of-season championship.

“SCCA Pro is waiving the F4 U.S. championship fee, which means all entered drivers will now be eligible to earn SCCA Pro championship and FIA Super License points in 2018,” Oseth said. “The top-10 drivers at the end of the season will receive a cash prize instead of just the top three and the overall champion will receive a $100,000 scholarship to advance to F3 Americas.”

The conference ended with the announcement that the FIA World Council published this week that no major changes will be made to the F4 chassis until after 2023.

For more information on the 2018 schedule and teams can be found at F4USChampionship.com.

May 10-12 Road Atlanta, with Formula Drift