‘Change’ is not a word or habit I personally enjoy. Yet even I can admit there need to be some changes in NASCAR.

The continued downslide in ratings and track attendance is an issue that needs to be addressed by more than merely those who cover the sport. NASCAR Chairman and CEO Brian France expressed in his season-ending press conference at Homestead-Miami Speedway that numbers were up at “many, many events”, but the numbers suggest otherwise.

It has always seemed the go-to line for the sanctioning body regarding ratings is that fans are consuming the sport in different ways. That may be true as digital and social media avenues grow more and more branches. NASCAR shouldn’t be rest on that, though. This is no time to be complacent when it comes to the state of the sport.

Fact of the matter is, fans are not intrigued enough by the NASCAR product to pay attention. With that said, this winter NASCAR should make a to-do list of things to explore in the years to come.

Start with the car…

I could be wrong. I most likely am. But when it comes to getting eyeballs back on the sport, my first thought has always been that the product must be better. NASCAR has done a lot of work in recent years to address the car, most notably working with different downforce packages.

It can’t be said enough: Keep at it. The closer the competition is on the track, the more entertaining the race will be. The problem is, for all the changes NASCAR makes, the teams are working to counteract them. So, officials can’t be satisfied with its current package. 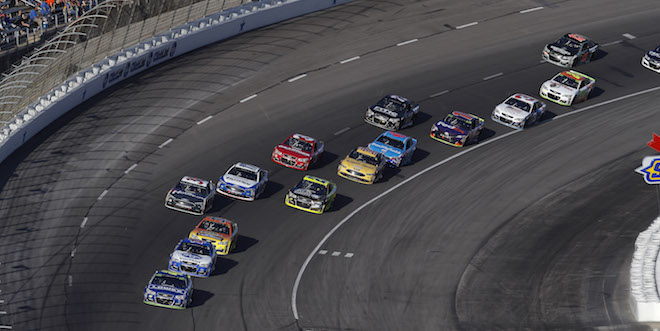 A fast car is always going to rise to the top and separate itself from the field. I get that. I also understand there is never going to be a situation where clean air doesn’t matter. But it is critical that we don’t allow these cars to continue to become so aero-dependent that there is no ‘race’ in racing.

… Then go to the schedule

The agreement with tracks is locked in. We like our current lineup.

Those are the two arguments we are bound to hear whenever the topic of schedule realignment comes up. In fact, we did hear them from France during the aforementioned presser in Miami, although the Chairman did at least acknowledge realignment is always an option. It needs to be, now more than ever, and it’s never too early to start shopping around, as the five-year agreement with tracks that was announced in 2016 is good through 2020.

Looking at the premier series schedule from 2017 and comparing it with the 2000 schedule reveals minimal changes. Rockingham was eliminated from the lineup, while we continue to race at all other venues we did back then. Some have scaled back from two races to one, while others have gone from one race to two.

NASCAR did shake up its schedule, if you want to call it that, for 2018 by moving races around – Indianapolis is the last race of the regular season, Las Vegas is now the playoff opener, and there’s the addition of the Charlotte road course. It’s not enough. Simply moving races around is not the answer. Many, myself included, would be quick to offer a list of tracks around the country worthy of getting a shot at hosting a NASCAR race.

If we don’t change the schedule, then we need to cut it down. Multiple races at the same 1.5-mile track is repetitive and tiring. It’s nothing personal toward any of these facilities or staff, but I can do without two races at Michigan, Pocono, Texas, Las Vegas and Phoenix, just to name a few. NASCAR has long had one the longest schedules in all professional sport. Times and things change, and there wouldn’t be anything wrong with making it shorter and sweeter. 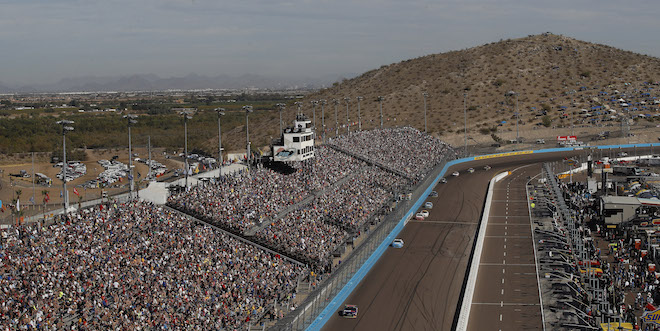 Shorter races. I know, a taboo topic for some. Five hundred mile races, aside from the sport’s crown jewel events, are too long. Listen to Kevin Harvick sum it up from one of his Happy Hours shows on SiriusXM NASCAR Radio earlier this season:
“I think with the stage racing and the things that we have going now and the attention spans of what people want to watch, I think there should be the Coke 600, the Daytona 500, the Southern 500, the crown jewel events should have those distances. And I think everything else should be shorter.”

You read that right. 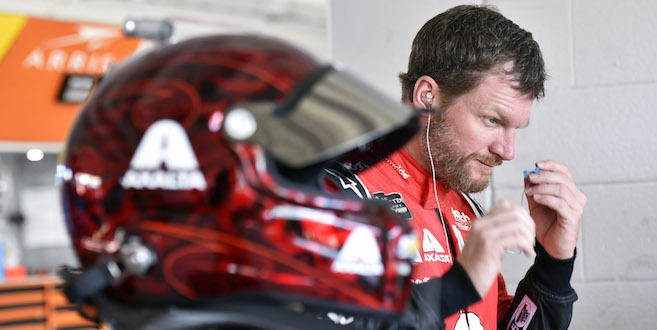 A fresh perspective on the sport is needed. Who better to get in there and mix things up than someone who has been around since childhood and watched NASCAR transform into what it is today? Someone who already offers ideas on Twitter and has expressed interest in a Steve O’Donnell-type role?

Couldn’t hurt to hear what he would say. Earnhardt loves this sport and wants to see it succeed.

• Inspection and penalties. Man, this is a tiring subject but it is something that dominates headlines each season. As I wrote earlier this year, NASCAR needs to find a way to stop the egg-throwing each week.

• Re-evaluate the charter system. I wasn’t a business major but I can’t imagine this system, put in place before 2016, is doing what it was supposed to. With smaller fields, there has been no major team in danger of missing a race that would have needed to fall back on the guaranteed spot the charter ensures. Multi-car teams have also become clever with a loophole in knowing to lease out a charter, get it back and then lease out a different charter. There have also been many teams looking to unload a charter (through lease or selling), money is constantly changing hands and charters are floating all over the place. What is going on here?

Happy holidays, NASCAR. You’ve got some work to do.