Contracting from four classes to three in 2018 has led to a variety of changes to IMSA’s WeatherTech SportsCar Championship rulebook. Other updates range from practical to curious.

Among the various tweaks to the 131-page document, deleting the PC category has left the series with one prototype class to manage and a pair of GT factions to process in a different manner under yellow flag conditions.

With all four classes in place, IMSA’s practice through the 2017 season involved pitting Prototype and PC together, and then GT Le Mans and GT Daytona together after the prototypes left pit lane. Minus PC, IMSA has modified its yellow procedure to pair its all-pro classes, which will have Prototype and GTLM pit first, and the dense grid of pro-am GTD cars afterward, per Rule 46.3.1: 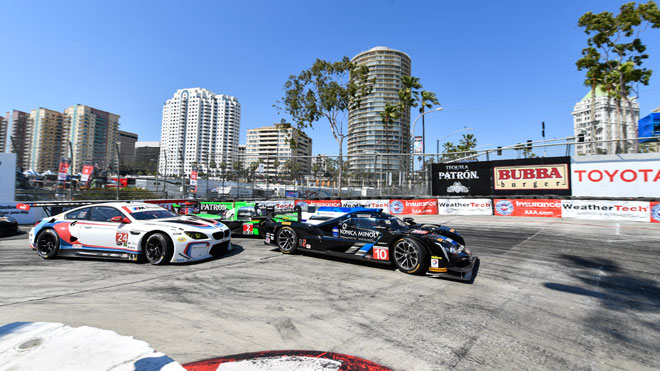 A new policy under Rule 46.5.1 will ensure the fastest cars in the field (at the non GT-only IMSA events) aren’t forced to weave through slower GTLM and GTD traffic on restarts:

IMSA has asserted its domain over a team’s ability to use cars supplied by different manufacturers. The decision by WeatherTech Racing to switch between Mercedes-AMG and Porsche in the GT Daytona class is the likely driver behind the amended Rule 3.8.5, which states: “Team Change. Any change to the Team including without limitation (i) Car number, (ii) Team name, or (iii) registered Car manufacturer, is subject to IMSA’s prior written approval.”

Of note, the process “may take up to two (2) weeks for IMSA to review a Team change request” and of the determining factors being used, IMSA will decide “if doing so is in the interest of Competition and sports car racing.” 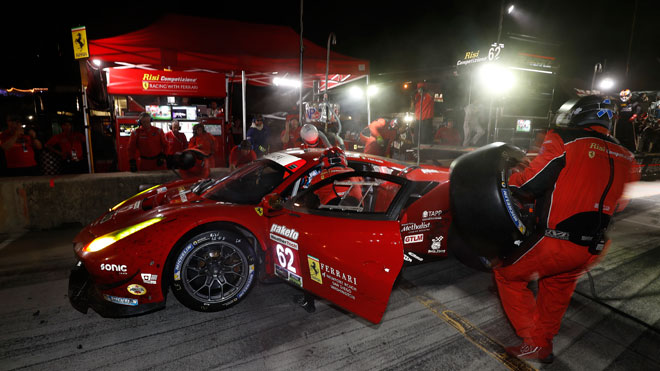 The complexities of measuring minimum drive-time requirements received a new entry for drivers competing in multiple cars during a race with Rule 12.6.2: “Drivers nominated in more than one (1) Car shall have their maximum drive-time calculated cumulatively for the purposes of maximum drive-time. Exceeding drive-time incurs the penalty for all Cars in which the Driver is nominated.”

On a related topic, teams sharing a driver in that Rule 12.6.2 scenario will need to work closely on managing drive time. An update to Rule 12.14.2 knocks both teams in the event of a violation: “Drivers nominated in more than one (1) Car have their maximum drive-time calculated cumulatively. Exceeding maximum drive-time incurs the penalty for all Cars in which the Driver is nominated, irrespective of the Car declared for championship points.”

It’s worth noting the rule hits the teams where the violation occurs based on driver nomination. In theory, if the driver exceeds the maximum in one car, the other will also pay the price, even if that driver fails to turn a lap in the second vehicle.

A new penalty has been created with Rule 13.2.3.A to address instances where the driver who qualified a car does not take the start: “Incorrect Driver starting subject to Stop plus 30-second penalty.” 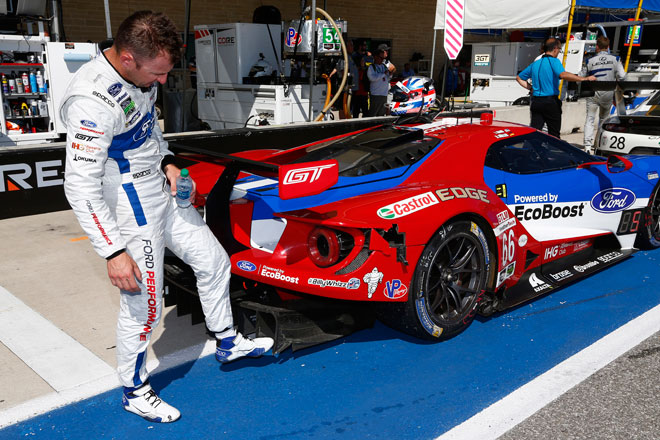 IMSA has also taken the informal process of teams alerting a race official regarding the retirement of its cars and turned it into a mandatory electronic messaging exchange with Rule 13.2.4: “Race Retirement. The Team Representative must use the TIMS as formal notification of a retirement of the Car. On IMSA receipt of retirement, the Car is ineligible to rejoin the Race.”

Rule 3.16.5.A is an interesting one that has a positive impact for fans: “Competitors must not fully enclose their pit lane setups such as to obscure the view of fans of the majority of the activities including, at least, the campaigning of one (1) Car.” It means walling off the back of each pit stall will no longer be permitted, which should allow fans to have few obstructions while viewing pit stops and discussions taking place among crew members and drivers.

During pre-event track walks, which have become the norm for drivers and engineers to look for surface changes and other items of note, IMSA has altered Rule 26.2, which governs the walks with a scheduled time, to keep the technology in play to a minimum: “Testing, scanning and/or measurement is prohibited.”

A new flagging scenario has been created for 2018 with Rule 27.5: “RED AND BLACK COMBINED. Waved. Both a Red and a Black flag are waved simultaneously. This combination is used exclusively at the discretion of the Race Director to stop a Session or Race AND direct all Cars to come to a stop at the side of the track in a safe and controlled manner. Cars must remain stopped until instructed by the Race Director. These flags are displayed by the Starter and all corner stations.” 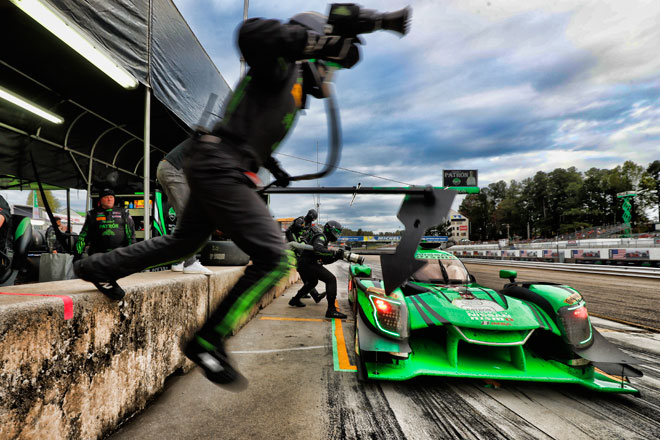 The standard practice of trying to shave time from pit stops by connecting the fuel probe to the car a fraction of a second early – just before it comes to a halt – has been banned in a revision to Rule 37.4.3: “The refueler must not touch the refueling probe until the Car has come to a complete stop in its Pit Box.”

The downloading of data has also been approved during a pit stop with Rule 37.4.10.C.

Compared to 2017, making a mistake in qualifying will carry a penalty that’s twice as harsh for lost laps with an update to Rule 40.2.5: “Any Driver involved in an incident or a concurrent incident that initiates a red flag stoppage may be penalized by deletion of their two (2) fastest timed laps of that Session and may be prohibited from further participation.”

A worrying trend in qualifying restrictions, made popular in NASCAR and Formula 1, has reached a new height in IMSA. Although the purpose of the session is to make each car go as fast as possible, the series has made it clear it does not want any physical contact between teams and cars. It’s yet another step toward spec thinking and spec treatment of cars that makes it illegal to find the ultimate speed of each vehicle by tuning during qualifying, per Rule 40.2.9:

“Touching the Car is prohibited once it has left its Pit Box during a qualifying Session until instructed by IMSA Officials at Impound or when released to Paddock. The Driver must remain in the Car until the Car arrives in Impound. A Competitor may request permission from Race Control to clear debris from the radiator inlet screen(s) or to clean the inside of the windshield in inclement weather and if granted, must do so under the direct supervision of an IMSA Official. If a Car is touched after leaving the Pit Box and before so instructed at Impound or released to Paddock, all qualifying times are forfeit.”

Rule 40.2.10.A is a move in the right direction by grouping cars in the same class: “In the event that multiple Cars in a class do not participate in qualifying, they are ordered at the back of the grid in their class in Team championship points order.” 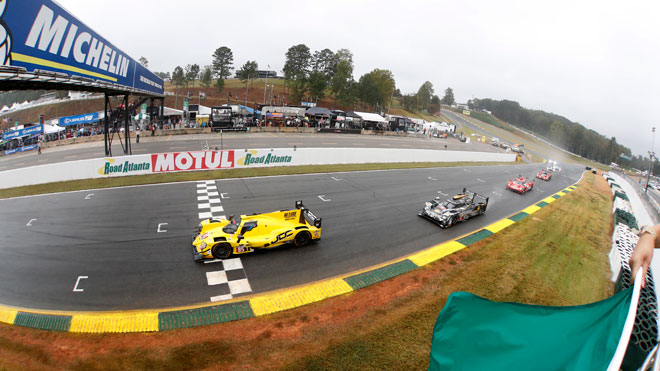 Rather than declare the mandatory use of wet or dry tires at the start of a race, IMSA has given that choice to its teams with Rule 43.6: “Starting Tires. Tires must be only Dry or only Wet tires as conditions warrant, at Competitor discretion.” The previous requirement for teams to start the race on tires used in qualifying is also absent.

A new pit closure process has been mapped out for teams to follow in Rule 44.3.8 once IMSA has proceeded toward waving the green flag to start a race: “The pit exit is closed from the Race Control command to ‘pair up’ for Races with a single formation lap and at the Safety Car arriving at the pit entry on the first formation lap for Races with more than one (1) scheduled formation lap. The pit exit remains closed until after all able Cars (subject to the judgment of the Race Director) have passed the pit exit following the start of the first Race lap.”

Rulebook updates always offer one or more oddities. Rule 4.11.3, which added ‘wire transfer’ to the regulation, certainly fits the bill when it comes to how IMSA expects its entrants to send payments for entries and other business-related matters: “Multiple declined credit Cards and/or returned checks may require future payments to be made by cash or wire transfer only.”

We’ll keep an eye out for the inclusion of “Bitcoin” in the 2019 IMSA rules.