In the penultimate round of 2017 in Shanghai, Ferrari became the first recipient of this new world title.

Ferrari has won four of the eight races held so far in 2017 and one of the two Ferrari F488s has finished on the podium in every race except for the 24 Hours of Le Mans in June.

The season started well at Silverstone, with the no51 Ferrari of Alessandro Pier Guidi and James Calado finishing in second place.  In Round 2 in Belgium it was a 1-2 for Ferrari with the no71 F488 of Davide Rigon and Sam Bird taking the win from pole position, with the no51 car in second.

Round 3 at Le Mans saw the no71 car finish 5th but in Germany the Italian manufacturer returned to winning ways with the no51 crew taking their first win of the 2017 season.

In Mexico the no71 F488 finished 2nd from pole position, while in Texas it was a double podium with Calado and Pier Guidi taking their second victory with Bird and Rigon taking 3rd place, gaining an extra point for starting from pole once again.

Japan marked the third win of the season for the no51 Ferrari, which was followed by a 3rd place finish in China. This podium, along with the 6th place finish for the no71, gave Ferrari 261 points and an unassailable lead of 48.5 points over Ford (212.5), Porsche (211) and Aston Martin (193) with just the race in Bahrain remaining.

Ferdinando Cannizzo, Ferrari Competizioni GT Technical Co-ordinator, said:  “This is a big team effort I would like to thank everyone at AF Corse, the engineers, the mechanics, they did a great job all season.  I’d like to thank to whole team at Maranello, they worked hard between the races to try and understand how to improve the car, which is not easy and this was in partnership with the engineers at Michelotto.  They have demonstrated that with good teamwork we can all achieve great results.

“While the results are achieved with the same passion as before, to have an FIA world championship title, rather than a world cup as we had previously, has a special meaning for us at Ferrari,” Cannizzo continued.  “It is also special because we achieved it in a difficult race towards the end of a fantastic season.  Race by race we had a very competitive car and I hope next year will be even better.

“The season for us has not finished, we have to win another title with the drivers.  I hope it will be another fantastic fight in Bahrain.  Shanghai was very hard for us, the drivers did a very good job on tyres and we finished close to the first place car and enough to keep us at the front in the title.”

The no51 AF Corse Ferrari F488 GTE crew are leading the World Endurance GT Drivers’ Championship by just two points ahead of the no91 Porsche GT Team crew of Fred Makowiecki and Richard Lietz, with Ford’s Andy Priaulx and Harry Tincknell just 7.5 points behind the Ferrari crew.

The 6 Hours of Bahrain will take place on Saturday 18 November and will be the deciding race for the GT FIA World Endurance Drivers’ Championship title. 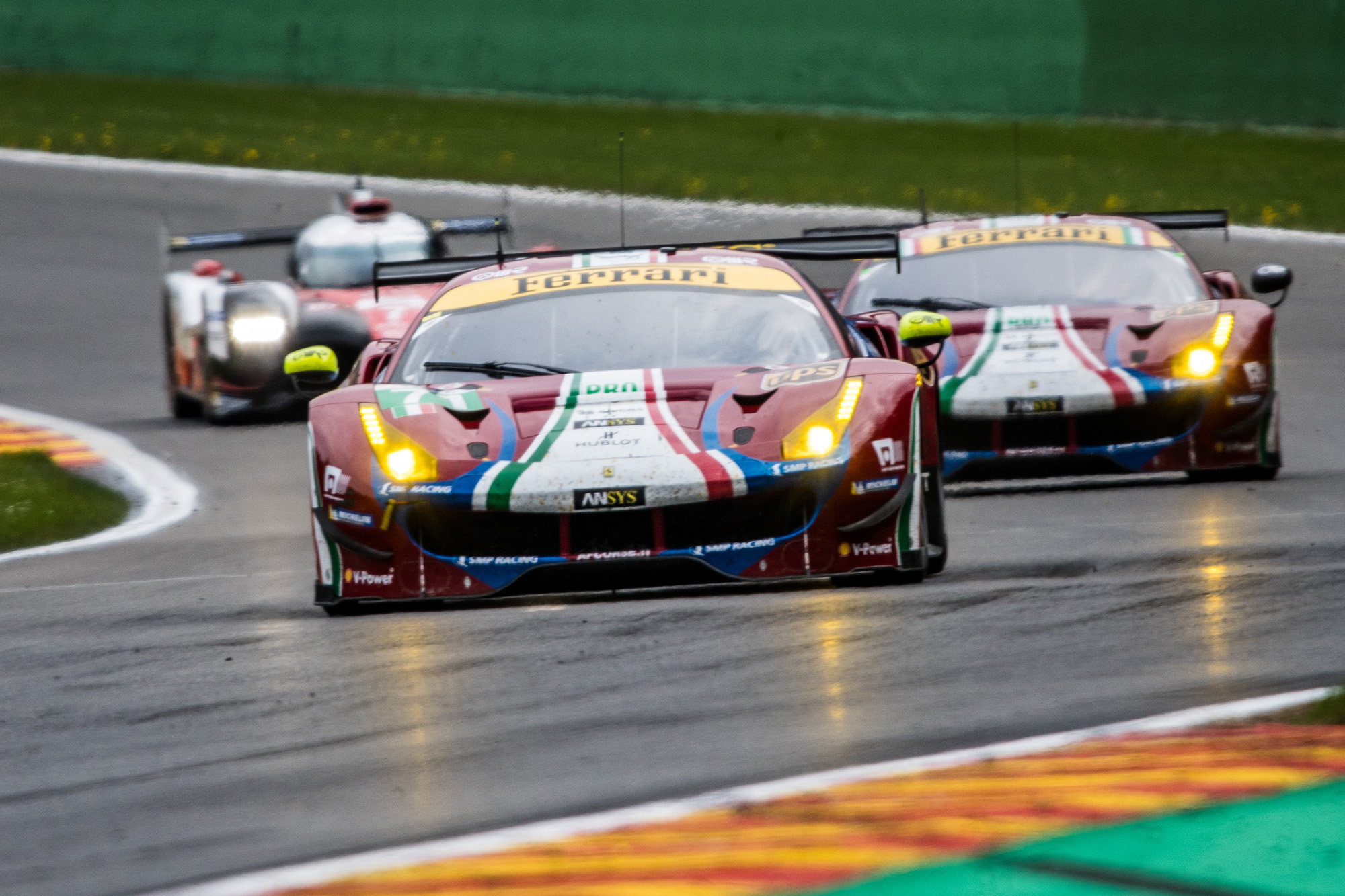