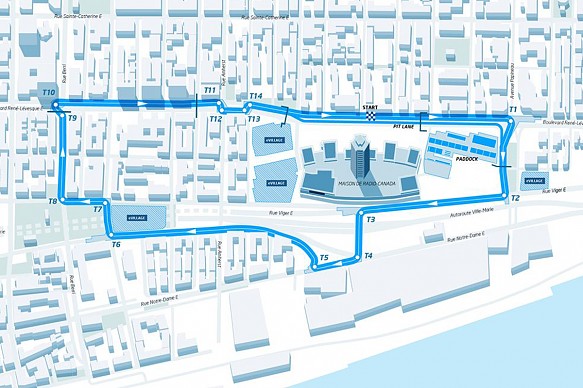 Formula E’s first Montreal ePrix will take place on a street circuit adjacent to Formula 1’s Canadian Grand Prix venue. The 14-corner, 1.71-mile FE circuit, based by the banks of the St. Lawrence River, was revealed at an event in the city on Friday.

F1’s Circuit Gilles Villeneuve is on the Notre Dame Island, located a couple of miles to the east of the roads FE will use for its season finale on July 29-30.

“Montreal is a great city with a great vibe – the perfect place to conclude the third season of Formula E,” said Alejandro Agag, FE CEO. “I’m sure the drivers will revel in the opportunity to fight for the title against the backdrop of Montreal.”

Montreal mayor Denis Coderre is a member of the panel behind the FIA’s road safety campaign. He claimed the city’s first FE round would be a “festive family event.”

Earlier this week, FE confirmed it will use the full Marrakech circuit as adopted by the World Touring Car Championship for its trip to Morocco in November.