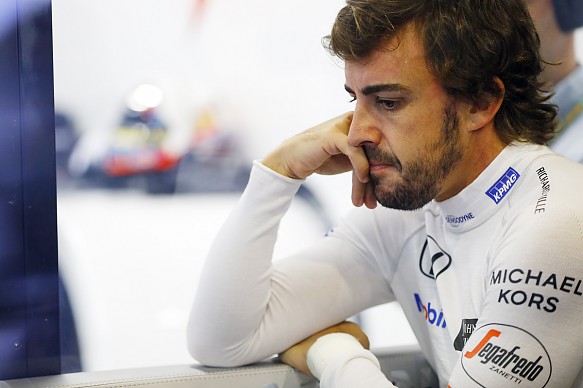 Fernando Alonso feels McLaren has missed out by not taking part in this year’s testing of the 2017 Formula 1 tires.

Mercedes, Ferrari and Red Bull took up the call to take part in the 24 sessions spread across this season to help Pirelli develop its new wider front and rear tires for next season. McLaren opted against any involvement as it wanted to focus all its resources on its 2017 car design and avoid a split program.

Even though Pirelli maintains none of the teams helping its cause is gaining any advantage, Alonso believes McLaren has lost out. Put to him that was the case, the double world champion said: “Yeah, because there is always something to learn, always a feeling you have with the tires.

Pointed out to Alonso McLaren’s reasoning for not being involved, he replied: “We wanted to take part, but with how you need to take part was not possible.”

Nico Rosberg had his first taste of the tire last week (below), although poor weather at Barcelona’s Circuit de Catalunya restricted him to just 60 laps. 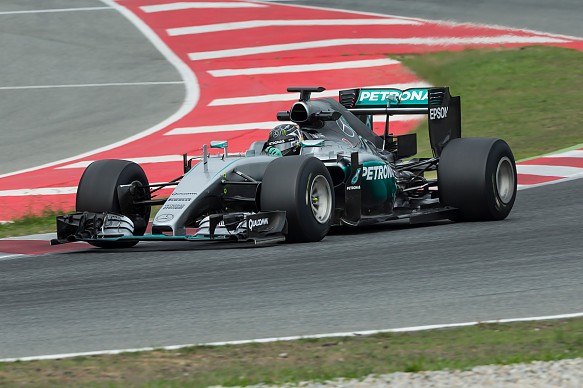 “It was useful to get an insight into what they’ve come up with, what they’re planning for,” Rosberg said. “Also what the feeling is with those tires, what sorts of limitations we might find with the car and the balance, and things like that.

“It was interesting, very early days, but some useful insights. It feels good because it has more grip, so it will be good to drive on those, with a little less overheating, and all those small limitations we have at the moment.”

Manor driver Pascal Wehrlein has so far experienced the most amount of running on the tires this season, with the Mercedes junior also believing his time spent at the wheel has been important.

“In terms of performance, the tires are quicker,” said Wehrlein. “We will have to see how it will be with the new cars because we’re only driving the 2015 Mercedes, and in the end the correlation is difficult to judge.

“But we’ve compared to this year’s tires, and what I can definitely say is the tires are quicker. It does depend on next year’s cars, and Pirelli are still to decide on next year’s compounds.”