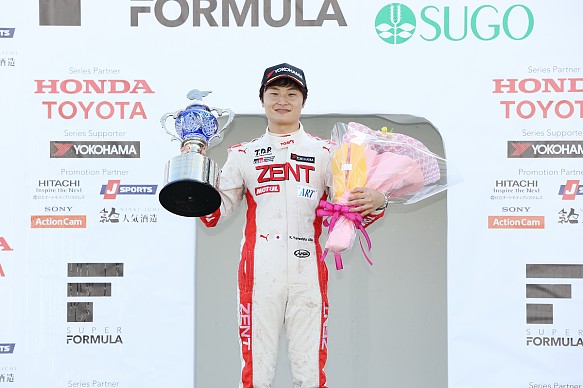 Japanese Formula 3 champion Kenta Yamashita is a dark horse for glory in next month’s Macau Grand Prix, according to the British T-Sport team that will run him.

Team boss Russell Eacott was blown away by the performance of Yamashita – who had never been to Europe – in a one-day test in T-Sport’s Dallara-Tomei/ThreeBond on Thursday at Silverstone.

“That boy is good,” Eacott told Autosport after the Silverstone test. “He’d only done a little bit on the sim, and most of that was Macau, but at Silverstone he just got on with – is he committed at Becketts…

“He’s intelligent and he doesn’t wobble – he just gets in and bang, he does the lap time. You always want to win Macau, and you never know there because qualifying is a lottery and the tires are different [Pirelli this year], but I think we’ve got a chance.”

Yamashita, a 21-year-old Toyota protege, has made the switch from top Japanese team TOM’S for a one-off outing with T-Sport in Macau.

“They were trying to get him to come to Europe for this year, but it didn’t happen unfortunately,” added Eacott. “Then Macau just came up in conversation one day – we started talking and they managed to get a package together.

“He qualified ahead of Nick Cassidy [Yamashita’s TOM’S teammate in 2015] in Macau last year, so we knew he was good.”

T-Sport also ran Andy Chang at Silverstone, the Macanese continuing on Friday for a second day.

Other teams out at the British circuit are Carlin with Jake Hughes, Lando Norris and Formula Renault 2.0 ace Jehan Daruvala, and Fortec Motorsport, continuing an ongoing programme with Honda’s GP2 and GP3 proteges Nobuharu Matsushita and Nirei Fukuzumi.

SASAHARA ‘COULD SHINE’ IN EURO F3 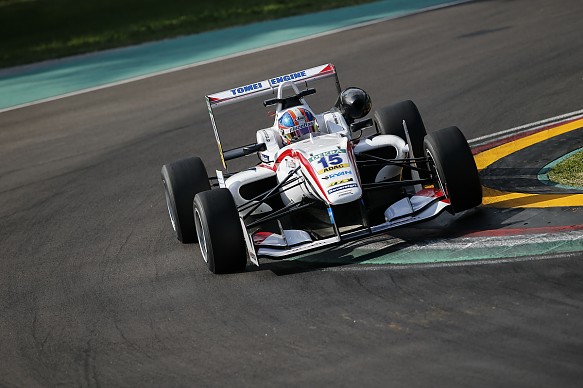 T-Sport also believes that Japan’s Ukyo Sasahara – who contested two late-season Euro F3 rounds with the team this year – could be a strong contender if he raised the budget for a full campaign.

“We did one test day with him at Pembrey, when it rained, and then threw him in for his first race weekend at Spa,” said Eacott. “With some mileage he could be very good – he’s a lovely bloke to work with and deserves to go somewhere in the sport.”

The 20-year-old Sasahara, a race winner in FRenault Eurocup in 2015, is hoping to pick up support as a Honda scholar for Japanese F3.