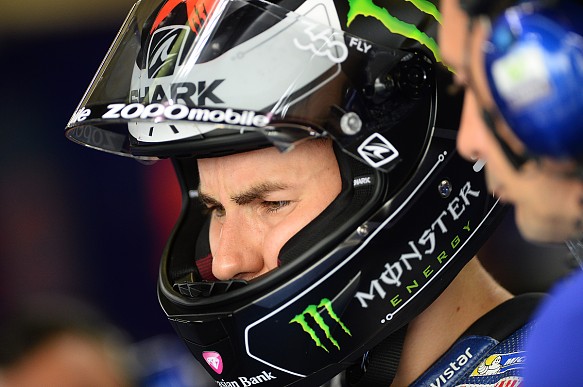 Christian Gabbarini was Stoner’s crew chief when he won titles with Ducati in 2007 and then Honda in ’11, having followed the Australian between the manufacturers. He has stayed within the Honda framework since Stoner retired at the end of 2012, and worked with Jack Miller for the last two seasons at the LCR and Marc VDS satellite squads. Stoner himself returned to Ducati this year as a test rider.

The bulk of Lorenzo’s team, including crew chief Ramon Forcada, will stay at Yamaha to team up with the incoming Maverick Vinales.

Lorenzo confirmated that Gabbarini will head back to Ducati in 2017 to be his crew chief, but elected not to comment further, indicating he would rather focus on his Yamaha campaign until after the Valencia season finale. However, the three-time MotoGP champion later touched on his upcoming move.

“It’s always difficult because you have some personal friendships or feelings with the people you’ve worked with for so many years,” he said.

“Obviously, you don’t know what professionals or people you will find in your new team, but this is something that I will worry about in some months.”