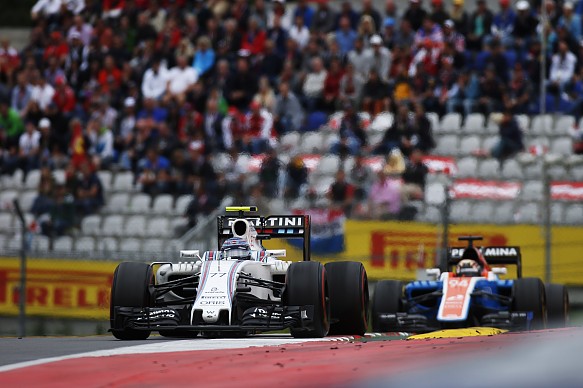 Valtteri Bottas and polesitter Felipe Massa finished third and fourth for Williams in the Red Bull Ring’s return to the F1 calendar in 2014, then third and fifth last year with Massa leading the way.

The circuit had been resurfaced before last weekend’s race, with Bottas ninth and Massa failing to finish.

Bottas struggled with tire graining while Massa started from the pit lane after the team changed his front wing pre-race, then retired due to high brake temperatures.

“It was not where we need to be,” said Smedley. “It was just pretty mediocre throughout, we didn’t have the pace in the car itself. Valtteri wasn’t able to make the tires last, which is a little bit strange for him, but even without that, the pace in the car just wasn’t there.

“With the asphalt changes they have made here, I think it’s a different circuit. We need to try and understand it, we need more expertise in that area and to improve our knowledge of tire science.”

Williams brought a new front wing to Austria, which Massa ran, but found structural damage on Saturday evening and chose not to run it, forcing a pit lane start.

“We noticed that there was some structural damage to it, on the mainplane,” said Smedley. “We may have been able to do some of the race on it, but we weren’t prepared to take that risk. The safety of our drivers and our people is paramount so we took the decision we would change that front wing and upon doing that, we rolled back to the old spec.

“Even though we had a downgrade in performance, we had broken the parc ferme rules and we had to start from the pit lane.”

When asked what he though caused it, Smedley said: “I’d be fairly sure that the running over the kerbs, probably on the exit Turn 2 from what we see in the data.

“It’s a fatigue issue, it’s certainly not an impact failure as he didn’t run over any of the very high kerbs on the outside of the circuit.”