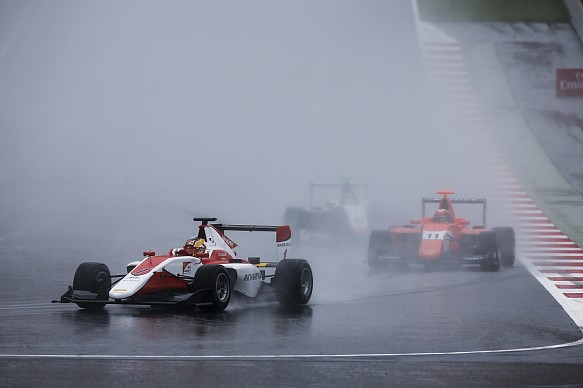 GP3 Series leader Charles Leclerc has been hit with a five-place grid penalty for next weekend’s round at Silverstone.

The Ferrari junior was held responsible for the accident at Turn 2 in the wet second Red Bull Ring race that eliminated himself along with Arden drivers Jake Dennis and Tatiana Calderon.

The stewards’ verdict was that Leclerc was “not driving according to the wet track conditions and caused a dangerous collision at Turn 2.”

ART Grand Prix driver Leclerc was at the back of the field because he had an incident on the previous lap, while Dennis had started from the rear after failing to finish the opening race, and Calderon was also down the field after collecting suspension damage in race one.

The Monegasque will begin the Silverstone weekend driving for the Haas Formula 1 team in the first free-practice session.