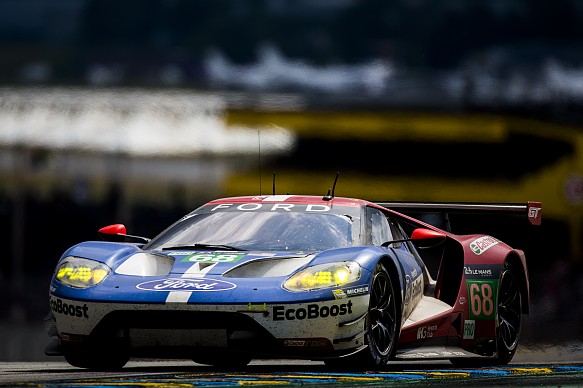 The move, announced less than two weeks after the Ford GT took GTE Pro victory at Le Mans, means a further two seasons have been added to an initial commitment to race the Ford GT covering the 2016 and ’17 seasons.

“The stated goal of our Ford GT programme was to win Le Mans, and we’re very proud that we were able to do that in our first year,” Ford vice president of product devevelopment Raj Nair said. “To commit to a full, four-year assault on both the IMSA and WEC championships shows how serious we are about taking the Ford GT racing around the world.

“We wanted to make sure everyone knows that we are committed to sportscar racing globally with the WEC and IMSA.”

Ford is competing in GTE Pro in the WEC and GT Le Mans in IMSA with two separate teams running under the Chip Ganassi Racing banner, which came together for a four-car Le Mans assault. It notched up a one-two-four result in the 24 Hours, with the U.S.-fielded entry driven by Joey Hand, Dirk Muller and Sebastien Bourdais winning on the 50th anniversary of the first of its four outright victories in the race.