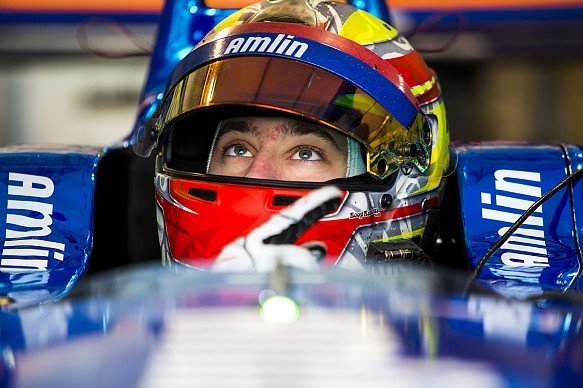 Robin Frijns will continue with the Andretti Formula E team for the 2016-’17 season of the electric single-seater championship.

The Dutchman has been one of the stars of the current season, and lies 10th in the standings heading into the final round of his rookie FE campaign in London’s Battersea Park this weekend. Frijns has already tested Andretti’s powertrain for season three.

“I’m a loyal person if I feel comfortable and happy where I am at,” he said. “I enjoy all the people I work with at Andretti and I am comfortable with the team, so why change?

“With season three coming, you never know where you’re team is going to be compared to other teams. But I think if you enjoy the people you work with that’s most important.

“The goal is always to win races. I want to be competitive and fighting for podiums every race.”

The 24-year-old has scored 45 points, 41 more than team-mate Simona de Silvestro, despite the Andretti team reverting to the season-one FE technology at the last-minute in pre-season testing.

That meant Frijns arrived in Beijing for the opening round with just one day of meaningful running in an FE car, but he scored a point on his debut and the ex-Caterham Formula 1 reserve driver has excelled since. Frijns has scored in every round bar Long Beach, where he was rear-ended by Sebastien Buemi while running fourth.

His best result is a third place earned in Putrajaya, despite completing the race with broken rear suspension.